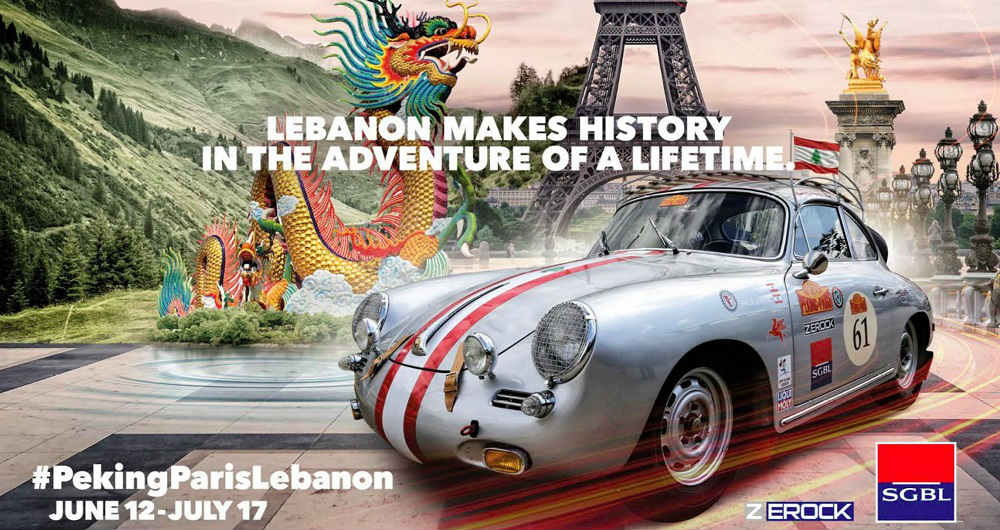 What needs to be proved today is that as long as a man has a car, he can do anything and go anywhere.

The Peking-Paris rally is often considered as the greatest motoring adventure and attracts every 3 years over 100 teams from all over the world to compete in the 35-day long rally. This year, a Lebanese team formed of Charbel Habib (driver) and his co-driver Walid Samaha is proudly taking the challenge and will be the only Lebanese & Arabic team to take part in this extraordinary journey.

What is the Peking to Paris Motor Challenge? 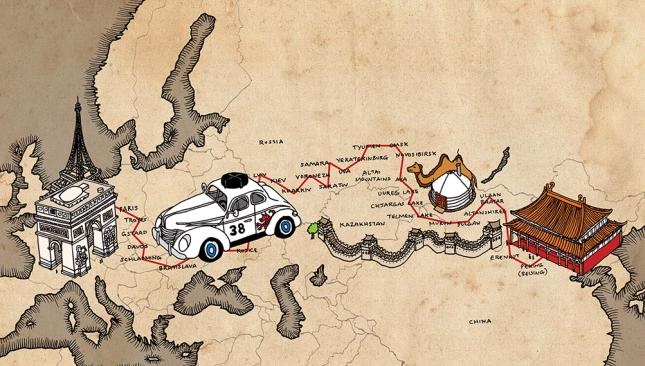 The Peking to Paris motor race is an automobile race, originally held in 1907, between Peking (now Beijing) and Paris in France, covering an impressive 13,695-kilometer total distance and crossing many countries in Asia and Europe including China, Mongolia, Russia, Belarus, Poland, Slovakia, Hungary, Slovenia, Italy and France.

The 2016 Peking to Paris Motor Challenge starts from the Great Wall outside Beijing on Sunday, June 12th, and finishes with a drive into Paris to cross the finish line in Place Vendome on Sunday, July 17th.

Who is allowed to race?

Who is the Lebanese team competing? 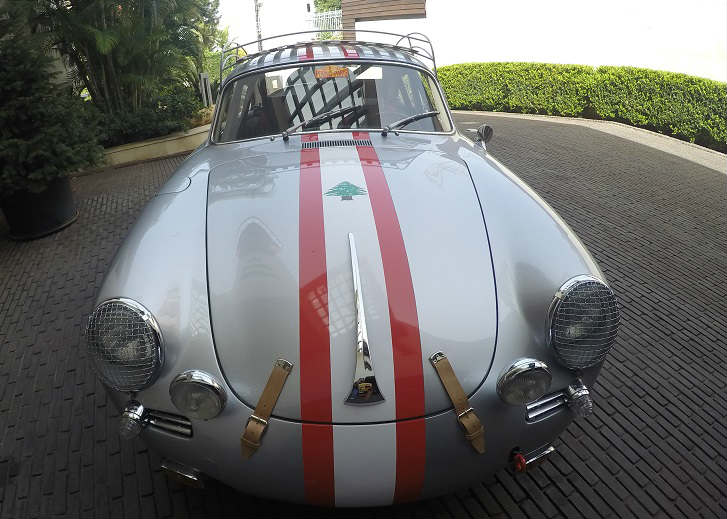 I had the honor to meet Mr. Charbel Habib and his co-driver Walid Samaha a couple of months ago and I was mind blown by the collection of classic & vintage cars that he has. We are talking about over 40 old cars that include a number of Porsche’s, Ferraris, Lamborghini’s, Mercedes, Bugatti’s, Maserati among others.

What I loved about Mr. Habib is how devoted and passionate he is about his collectibles. There’s a story behind every old car he purchased and he has a special garage set up to restore all these cars and make them look and run like new. When he was briefing me about his 1964 Porsche 356C, he knew every single detail related to the car, the changes that his team has done and of course the history behind it.

For those of you who are not familiar with old cars restoration, it is more than just a hobby and requires a lot of time, patience, know-how and money. Restoration means more than just making a vehicle’s exterior look nice as you need to go through every single part of the car and try to be as historically accurate as you can. You need to find the same exact parts, keep the same engine, find the right tools to work with etc. Of course it’s always easier to rebuild everything but the real challenge is in bringing back a car from the dead and up to its original factory specs.

Some people look at classic car restoration as an investment but from what I’ve seen and read, it’s more of an art and the skills to work on these old cars are becoming harder to find than the cars themselves.

What is the car? 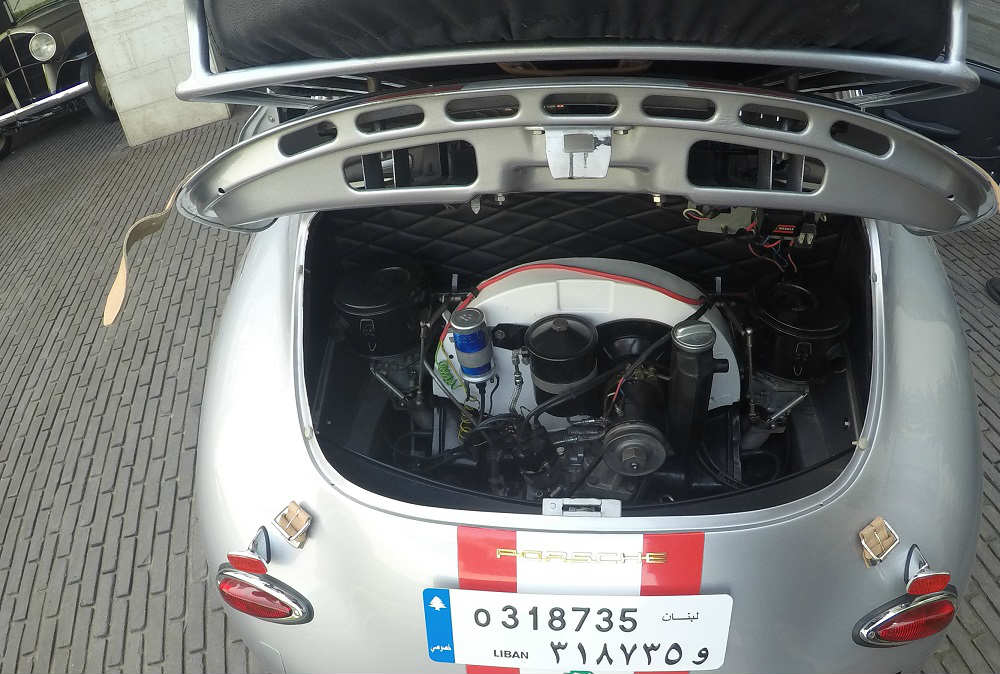 As stated earlier, the Lebanese team is racing in a 1964 Porsche 356C. The 356C was the last revision of the 356 series and was succeeded by the popular 911 model. The car features a 1.6 liter twin-car air-cooled engine, disk brakes all around, and the most powerful pushrod engine Porsche has ever produced, the 75HP “C”.

It takes around 10 seconds from 0 to 100kph and weights around 2000 pounds. Check out Jalopnik for a full review of this dream car.

How hard is the Peking to Paris race? 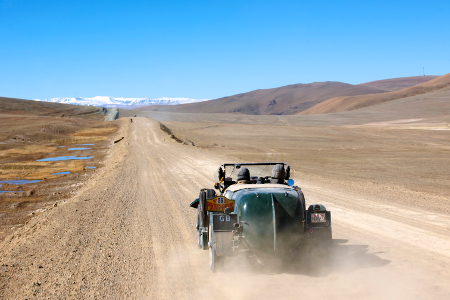 I don’t know if you’ve ever driven or been in a vintage car, but it’s often very demanding and uncomfortable. When I was visiting Habib, he took me for a ride in his 1964 Porsche 356C and in another antique car from the 1930s. Riding in these old gems was quite special but racing across countries for 35 days with a 1960s sports car is quite hard and physically demanding. Keep in mind that they will have to drive all day, carry with them tents, sleeping bags and all spare parts including wheels, and that the rules and regulations are quite strict.

Of course Peking-Paris is also a fun race and teams will get to camp beside rivers and lakes and enjoy stunning sceneries on a daily basis. 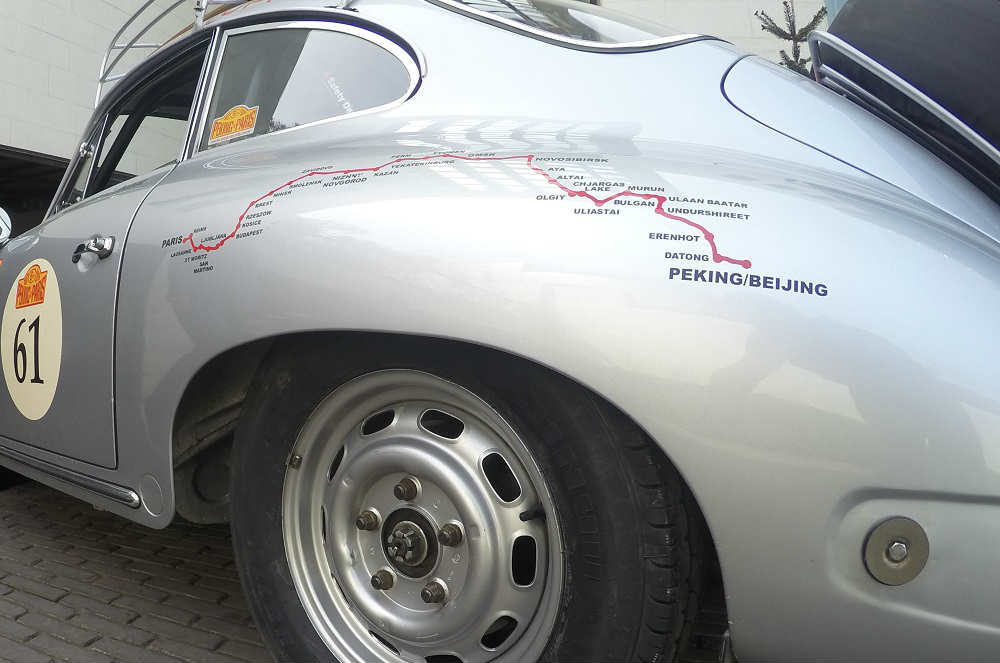 All in all, being a classic car guy isn’t for everyone and taking part in the Peking – Paris Rally definitely isn’t for everyone. You need determination, stamina, know-how and passion and I’m pretty sure our Lebanese team has them all!