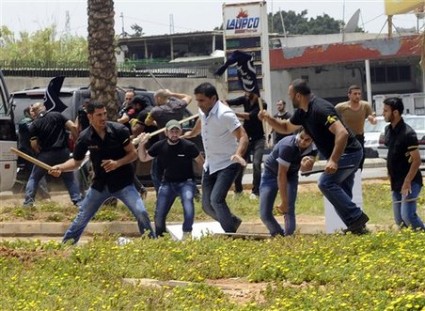 Very safe indeed! One protester was killed and several were injured Sunday outside the Iranian Embassy in Beirut. via Naharnet

Tourism Minister Fadi Abboud stated today that Lebanon is ready to welcome tourists and the decision Gulf countries took to prevent their citizens from traveling to Lebanon is wrong.

He also said and I quote that Lebanon remains the best when it comes to security when compared with countries around the world.

It’s just pathetic how we are trying to make use of the situation in Turkey to attract tourists. What Lebanon needs is a proper plan to set up touristic areas away from the conflicts and more importantly build a second airport in a neutral and safe area. There are plenty of things we can do instead of deceiving people into thinking Lebanon is the safest.