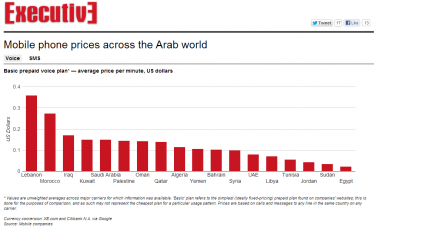 Lebanon has the highest average price per minute for voice calls in the Arab world, followed by Morocco, Iraq, Kuwait and Saudi Arabia. It’s probably that high because we also have the best network coverage in the Arab world.