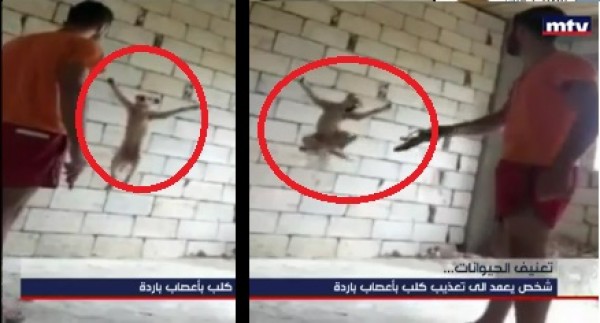 The video below was shared by MTV and shows a man mistreating and severely abusing a puppy. The dog is tied up in the air and the man is enjoying beating him with his shoe and throwing him against the wall. As per MTV and the online comments, the video was shot in Zrariye, a village somewhere on the way to Tyre.

A petition was launched online and addressed to the local authorities but I think online petitions are quite useless. Everyone from the ISF to the Interior Minister are on social media and easily reachable, so let’s tweet at them and share this story until they take action and go arrest this guy.

I will never understand how people take pleasure in torturing animals or anyone for that sake. What a horrible human being!