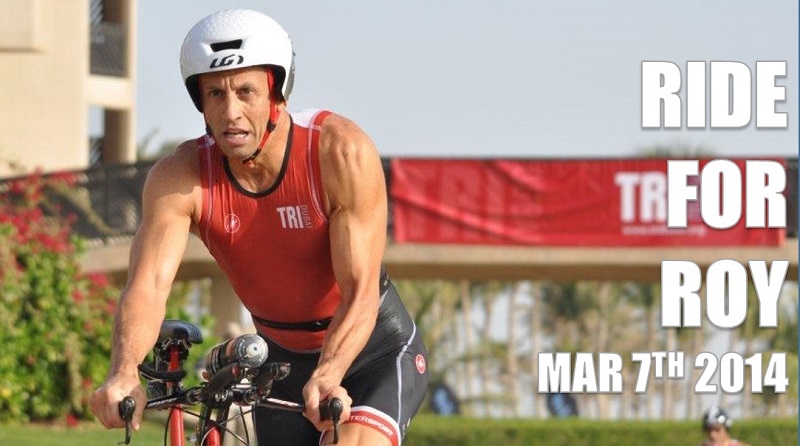 The Ride For Roy is a 65 km ride that starts and finishes at Atlantis, The Palm. It was organized to honor Triathlon Lebanese Champion Roy Nasr‘s memory. Roy was killed by a drunk driver whilst riding his bike near Safa Park back in September 2013.

More than 1000 cyclists joined the ride, noting that all the registration fees will go into the Roy Nasr Memorial Fund.

Here are few testimonies given by athletes on Roy, including Lebanese Maxime Chaaya.

“This is to celebrate the life of a man who was an inspiration to so many,” said Paul Venn, an organiser with Race ME, which hosts triathlon events. “It is a chance for people to pay their respects to a man who was never happier than when on his bike. The thought of more than 1,000 people on a ride with jerseys with his name would have put an enormous smile on his face.”

“Roy was a natural leader and had a certain aura about him, so whether it was in the sea or in the pool he would give others a boost and help them swim a bit quicker,” Seth Chappels, founder of Dubai Masters Swim Club where Nasr trained, said. “He was a competitive triathlete but always had time for a word for you,” he said. “You could not help but like him.”

“Roy was a motivator and such a warm person,” said Chris Khouri, an IT manager who took to triathlons after a 2009 motorbike accident left him disabled below the chest. “He would call me every couple of months to chat and he didn’t have to. He has left behind a legacy. He touched so many people because of his positivity.”