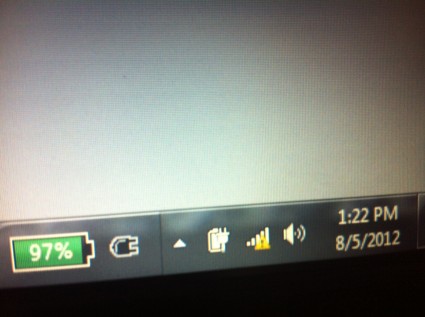 I’ve been very pleased with the connection and speed ever since I switched from Wise to DSL few months back, but I’ve been having some weird issues that I was only able to figure out on Sunday.

When Ogero first came to install the modem, they put filters on all the phones in the house to prevent any internet disruption, mainly on handy-phones for some reason. This however did not stop the connection from going down occasionally but I always thought it was a problem with Ogero as we are used to frequent short internet outages.

However, internet was down all day on Saturday and on Sunday as well. It would go up randomly then go down few minutes later. I called the support like ten times and they would re-assure me every time that thereâ€™s no problem from their side and that my connection is working fine. They would also ask me to check the cables or unplug everything and plug them back. I tried everything and the connection was still dropping until I noticed something. Every time I placed a call with the living roomâ€™s handy phone, the internet signal on the DSL modem would go off. I thought it was a coincidence at first but then I tried it 4 times and it would disconnect over and over again.

As a result, I unplugged the phone line from this specific handy phone and the connection stopped dropping. Noting that the phone has a filter, and we barely use it, I donâ€™t understand why it would cause a drop in the internet connection and have no clue on how to proceed to fix it. I guess I will have to call back support today.