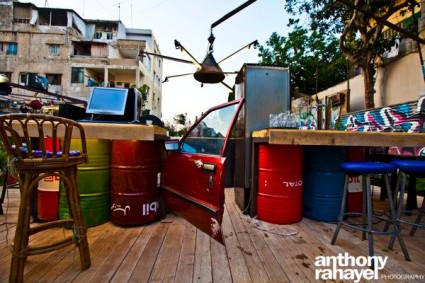 When I posted about the Junkyard back in August, I never thought I’d get so many people interested in visiting it and asking me about the place, not because I didn’t think it was a cool idea, but because I never imagined that many Lebanese would appreciate an innovative and crazy concept such as this one. These guys were so crazy they organized “Petanque” games every night starting 6 pm. 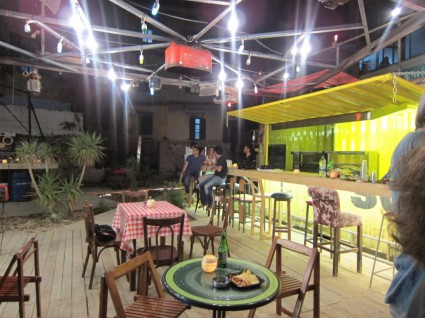 This being said, the Junkyard, also known as Pop-up Beirut, turned out to be a great idea but unfortunately a short-lived one as it will be closing down this week due to the weather but also as planned initially. So if you haven’t had the opportunity to go there yet, this week is your last chance. In fact, and in order to celebrate the last days of the POP-up, a series of Jam sessions is planned with some Lebanese artists, with all the profits going to a Lebanese NGO called Himaya (Against Child Abuse), which you can read about [Here].

You can check out the full program in the picture below: