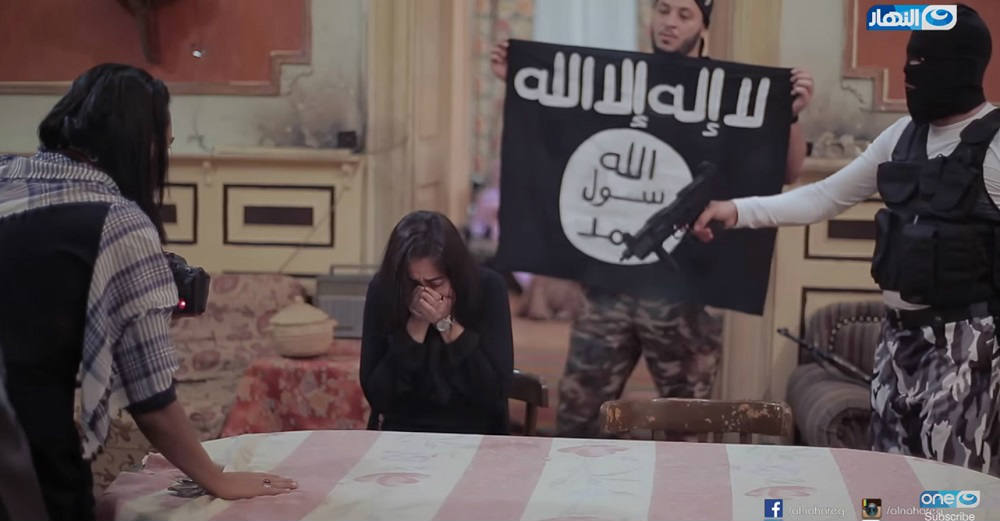 Egyptian pranksters seem to have a talent for coming up with the most f*cked up pranks ever! As if Ramez Galal’s pranks were not evil enough, there’s a new prank show called Mini Daesh (Seriously?) where they trick celebrities into thinking that they are kidnapped by a terrorist group.

Actress Heba Magdi was the first victim and she was weeping and begging for life while men were pointed guns at her and trying to put a fake suicide vest over her shoulders. The actress looked clearly shaken and traumatized by the experience.

I have nothing against pranks but there’s nothing even remotely funny about this one. I have no idea who comes up with these twisted shows but they should be stopped.

PS: Speaking of Ramez Galal, Steven Seagel knocked Galal out after her tried to prank him a month ago.