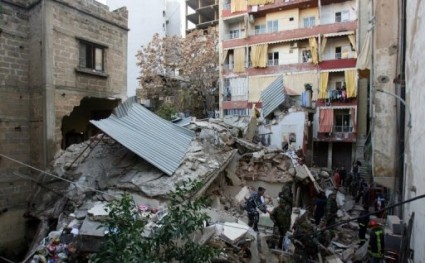 This is not the first time an explosion or any incident occurs involving foreign workers and we never hear any news about them. And the worst part is that this habit is common to all local news agencies.

This morning, a factory building collapsed in Zouk Mosbeh.

News covered it as follows:

Hareth Abboud, a Lebanese national, was found alive under the wreckage.
The six-storey plant collapsed in which Abboud and two Indian nationals went missing. [Naharnet] [LebanonFiles]

Until now, no words or news on the two other missing workers. Last week, Sudanese workers got beaten up for no reason by the ISF and were demonstrating today, yet barely any mention in the news.