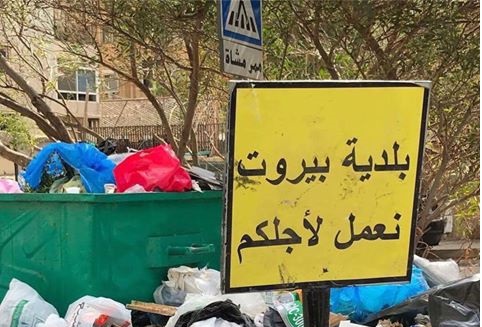 We are all excited about finally getting a Lebanese president but the garbage crisis is still out there with no solutions in sight. In fact, there is a solution that’s been out there ever since the start of that crisis (Recycling of course) but the authorities don’t want to adopt it because they can’t steal any money out of it. Instead, they are looking to set up new toxic landfills to bury and burn garbage.

The blame however is not only on the government but on municipalities and people who refuse to engage in recycling and take the initiative to get things done. I’ve been recycling for almost a year now and I got used to doing it, it takes an extra minute just to sort things and that’s it.

For those of you who still don’t know the benefits of recycling and why it’s the cheapest and most effective solution to the garbage crisis, I recommend you watch the below 4-minute long infographic by Mercy Corps that explains it all.

Given that 90% of Lebanon’s waste is recyclable and combustible, MercyCorps Lebanon with the help of UKAID, Intaj (Improved Networks Training and Jobs) and recycling initiatives, are working on developing the recycling industry in Lebanon and are encouraging people to see the value in waste and look at it as an opportunity.

Currently only 7% of the waste is being recycled so there’s obviously a huge potential for growth in this sector, a growth that will create jobs and generate millions for the Lebanese economy. Recycling and proper solid waste management are the only way we will avoid having a future garbage crisis in this country. All other solutions being considered at the moment by the government are short temporary solutions that are endangering our health and preparing for a new garbage solution months or years from now.

See Also:No We are Not Getting an Apple Store in #Beirut Soon
Posted By Najib
Categories CRITIQUES,HEALTH,LEBANON,OPINIONS,OPINIONS/CRITIQUES