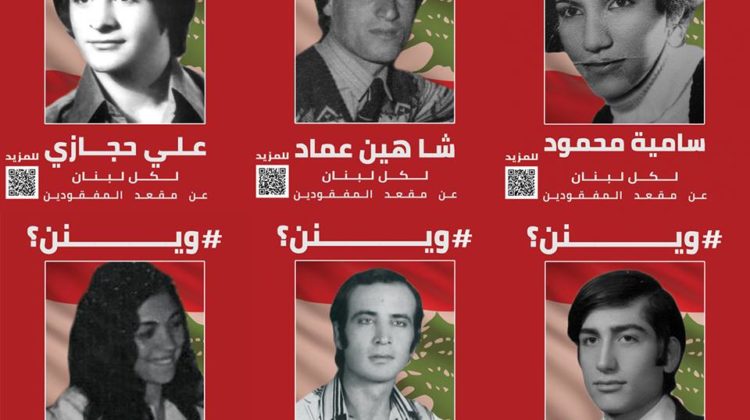 Thousands of Lebanese disappeared and have been missing since April 13 1975, their names are still on electoral lists but they’re not here. Their families are still looking for answers but the government has yet to pass a law for the families of the missing to unveil the fate of their beloved ones and ease their indescribable pain.

With the Lebanese Parliamentary Elections set to take place on May 6, ICRC Lebanon has launched a campaigned titled “Absence/Presence” and shared a powerful ballot box video today where people are voting for a missing family member.

The campaign will launch from April 13 (43rd Commemoration of the Lebanese Civil War) till August 30 (International Day of the Disappeared). There’s also a frame that can be customized and uploaded on Facebook to show support with the caption Absence/Presence. There will also be five posters hung in Beirut, Zahle, Ayr and Tripoli mimicking that of an election poster and showing five different missing persons; if you spot any of them, make sure to scan the QR code and read the the circumstances of the person’s disappearance.

This is a crucial cause that has long been ignored by the authorities and hasn’t been tackled by any of the candidates (not that I know of) despite its importance. According to stats, the Lebanese Civil War lasted 15 years from 1975 to 1990, killing more than 150,000 people and leaving some 17,000 missing. The government has done nothing to clarify the fate of the disappeared and missing people and their families are still waiting and fighting to learn of their loved ones’ fate.