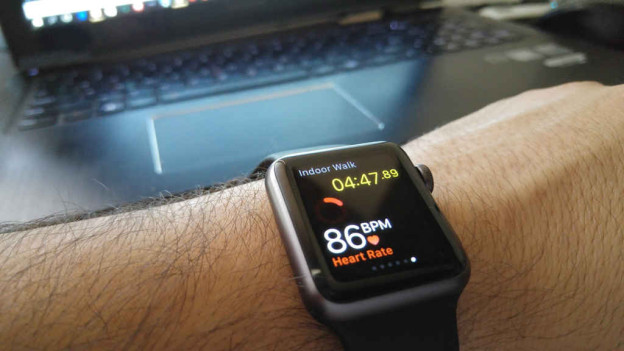 I wasn’t very impressed with the Apple Watch when it first launched as I thought it was too big but I changed my mind when I saw a friend wearing it. He had the 42mm Space Gray Aluminum Case with Black Sport Band and it fit his hand (and mine) perfectly. Since I was already looking for a smart-watch for myself and mainly for my wife (iPhone user) as she doesn’t like carrying her phone all the time, especially with the new baby, I decided to get her the smaller 38mm Apple Watch Sport from Virgin Megastore in Beirut. I thought she’d find it more convenient to receive texts, emails and calls on the Apple Watch when she’s taking care of the baby at home, taking him out on her own or even at work during meetings. I basically wanted to see if getting notifications on the watch was truly more efficient and whether the health tracking would help her get more active.

Needless to say, I was more excited about trying the watch than she was as I’ve been hearing so many mixed reviews and wanted to see how it compares to other smart-watches and health trackers that I’ve tried. More importantly, a lot of people have been asking me if they should consider buying the Apple Watch or not, so I needed to try it out first. 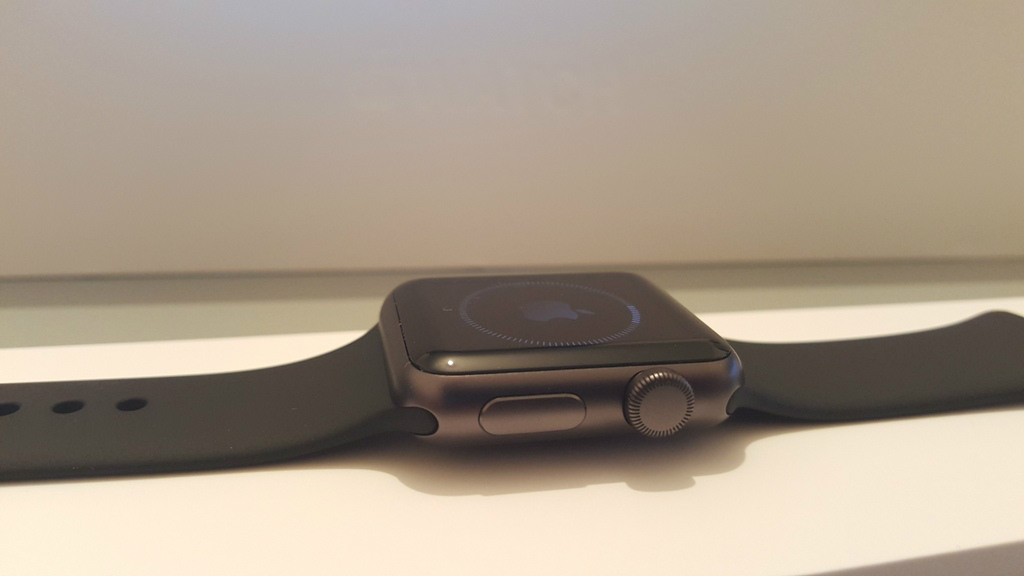 To Buy Or Not To Buy The Apple Watch:

Instead of posting a long and technical review, I’ve compiled the pros and cons that I’ve encountered into three key points that will hopefully help you decide if you should consider getting the Apple Watch or not. 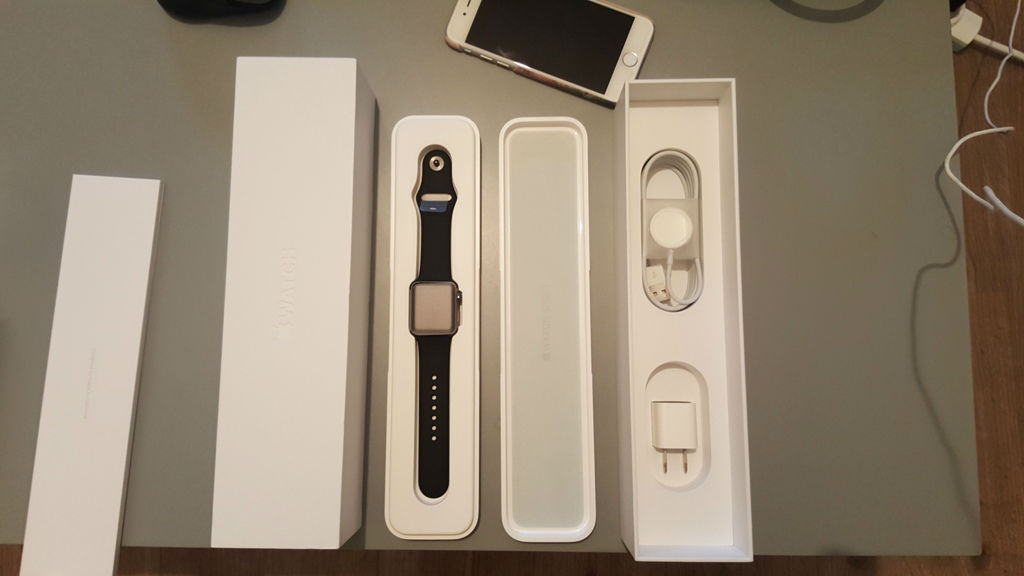 The Apple Watch was just released this year and is still a relatively expensive iPhone accessory that has limited functionalities and needs an iPhone (5 or later) to operate. It does feel like a mini iPhone and is fun to use but there’s a lot of room for improvement and I’m sure the second version will be better. Nevertheless, Apple fans desperately looking for a smart-watch and early adopters should definitely get the Apple Watch. I’d recommend you buy the least expensive model (opt for the 42mm size) as they all have the same specs and there’s no point in buying an 18 Karat Gold Edition Apple Watch unless you need a reason to spend your money.

2- Limited battery life is not a deal-breaker: 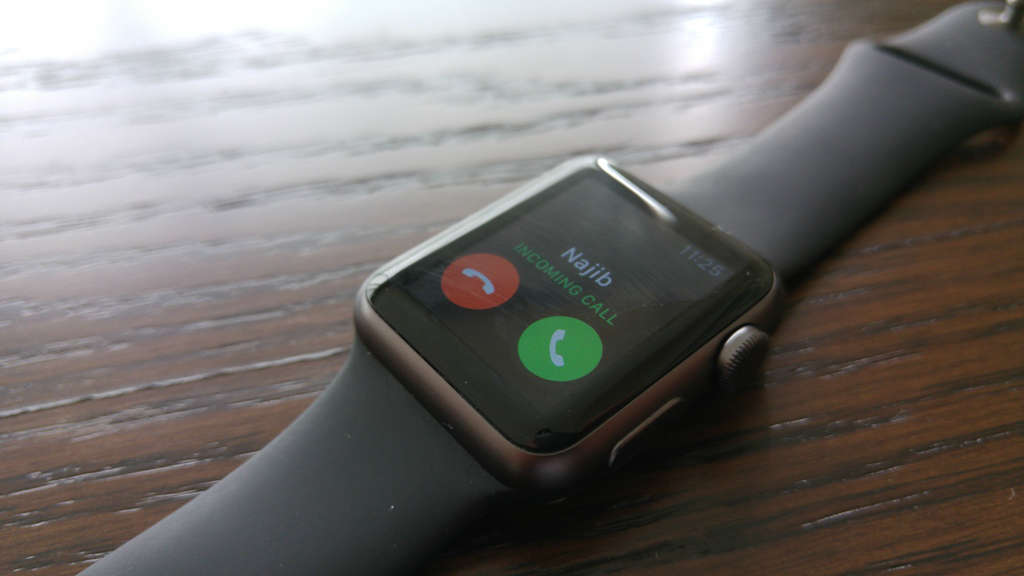 The Apple Watch’s battery life is supposed to be 18 hours, which means a full day but just like smartphone batteries, it really depends on how much you’re using it. In my first week of testing, the battery would last half a day because I was making calls all the time and exercising with the heart rate monitor while listening to music. However, in the weeks that followed, the battery would easily last a full day and sometimes even more which is good. If you are just wearing it to check the time and go through notifications from time to time, it can last up to 36 hours.

Of course the battery life is a disappointment to me as it’s a watch after all and I don’t want to charge it every day but battery life sucks in pretty much everything “smart” these days, especially mobiles, so I don’t consider it as a deal-breaker. Nevertheless, Apple should seriously consider improving the battery life in future watches especially if they add more functionalities to them. If we look at the current one, it only does basic and necessary functions (except the sending heartbeats part) so chances are you’re never going to drain the battery unless you spend hours tapping on the screen and making calls.

What sucks though is that the Watch has a different charger than the Mac or iPhone so you need to carry it around with you. The battery charges in around 2 hours. 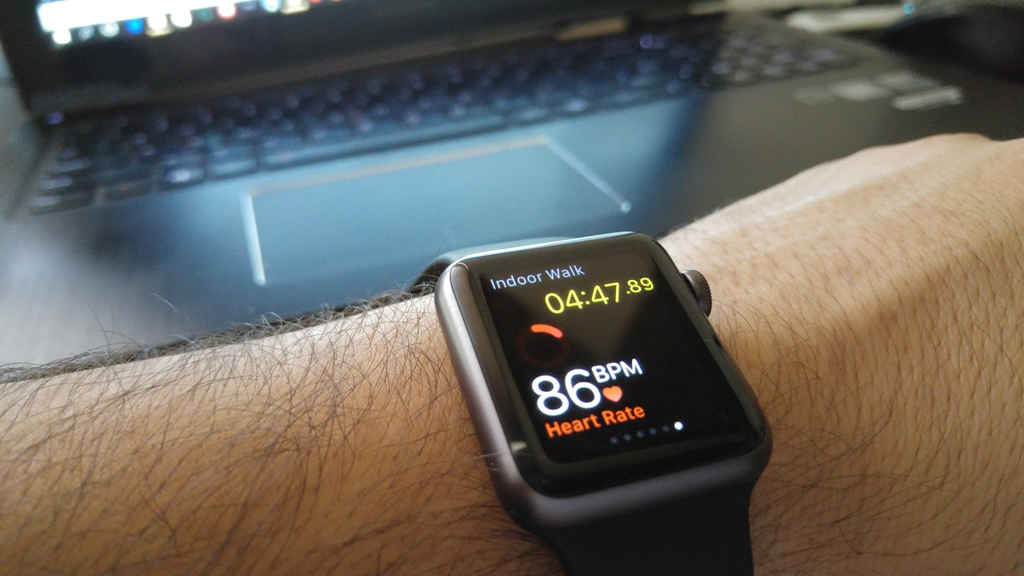 The Apple Watch offers a new exciting way of organizing things and can prove useful when grabbing your phone isn’t that easy. If you only need to take calls and receives/send texts all day, then you can keep the iPhone in ur pocket and use the watch at all time. Getting notifications on the watch allows you to send quick responses (make sure to use Siri!) and keeps you from missing important notifications and phone calls. You can also check the weather, set up appointments, keep track of your schedule and much more. Unfortunately, there are plenty of features missing like adding contacts, edit functions, built-in GPS, sleep tracking and I find it quite silly that the time is not displayed at all time on the watch. It’s the most basic thing that a watch should offer. I was expecting Apple to introduce it in the latest Watch OS 2 but they announced instead a “night mode stand” which still requires the user to click on the watch to get the time. On other hand, Watch OS 2 had some really exciting new features like the time travel feature, the new apps introduced (The Ping App to measure the speed of your golf swing is really cool!) and we can finally reply to emails.

As far as health & activity tracking is concerned, it’s basic when compared to professional fitness trackers and can be drastically improved. There’s no built-in GPS, which really sucks for professional runners, and the heart rate monitor is not very accurate but that’s always the case with wrist straps, whereas chest-straps are usually more accurate. I currently use the Polar chest-strap when I’m exercising and I’d rather use the FitBit or Polar Loop (or my Polar M400 watch) as a fitness tracker, unlike my wife who loved the Health App and got used to it. I think this is a matter of habit as well as it takes time to get used to a new health app. What I loved though about the Health App is how your move/exercise/stand goals are beautifully into a circular graphic to help you track your daily progress. 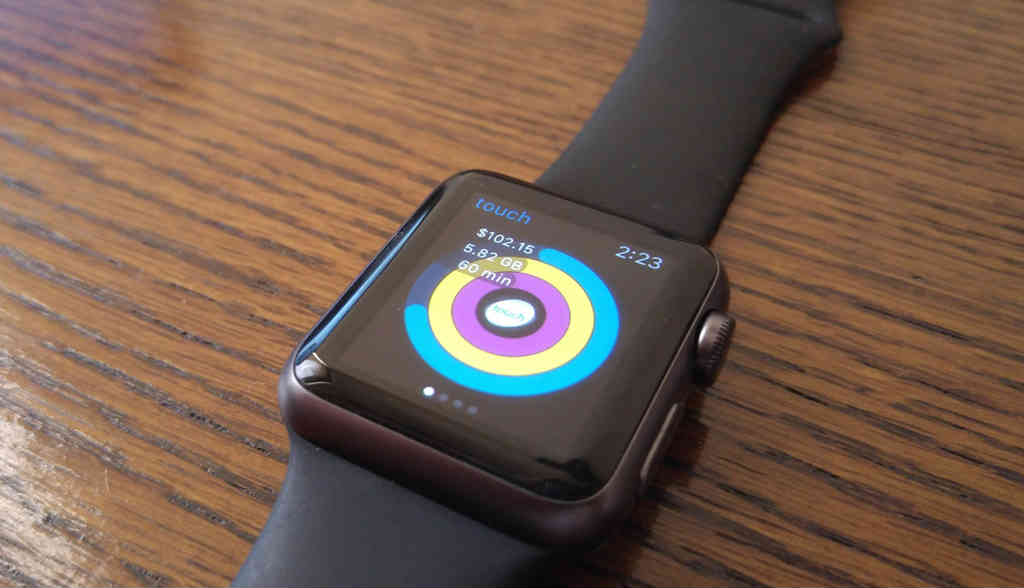 Touch Lebanon recently released an app for the Apple Watch that’s very useful to keep track of your balance and data usage.

As I’ve stated earlier in the post, the Apple Watch is not meant to replace your iPhone and probably never will. Moreover, this is Apple’s first attempt at making smart watches and just like any first-gen gadget, the second generation is guaranteed to be considerably better, so there’s no need to rush and buy it unless you’re too eager to try it out (like myself) and don’t mind paying $400+. The Apple Watch is fun and managing notifications on it is pretty cool. It saves time and comes in very handy during meetings, on the run, or even when you are in the living room and charging your phone elsewhere.

One last thing, someone had asked me why I bought the Apple Watch from Virgin Megastore as it’s relatively more expensive than other places there. To be honest, I’d rather pay a little extra and buy it from a decent shop than get the watch from shops that look more like grocery stores than tech shops. I’ve been buying stuff from Virgin for quite some time and I’ve worked with them on several projects and competitions and they are quite friendly and professional. When I went down to get the 38mm sport edition, it wasn’t available so they checked for me the availability in other branches and sent it to my office once it was available.