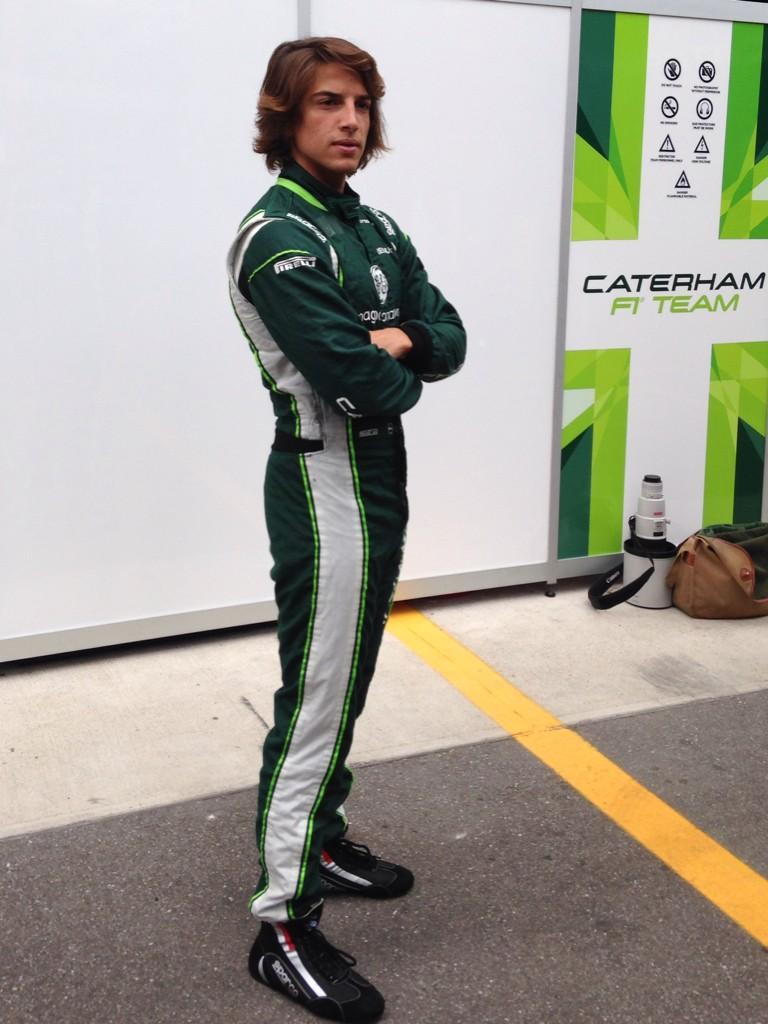 Roberto Merhi was not yet confirmed as a Caterham F1 driver but he took part in the Monza free practice session and got faster lap times than his teammate Marcus Ericsson. Merhi is currently second second to Red Bull protege Carlos Sainz Jr in the FR3.5 standings with three rounds remaining. He is a Spanish driver of Lebanese origins.

Spain’s Roberto Merhi will make his Formula One debut with Caterham in first practice at Monza on Friday, while Kamui Kobayashi will return to race duty, the team have confirmed. Merhi will take Kobayashi’s place for FP1, which will be the 23-year-old’s first run in F1 machinery. “I am delighted to be taking part in my first ever Formula One free practice session and I want to thank Caterham F1 Team for this opportunity – it’s something I’ve wanted for a very long time,” Merhi said. [Link]