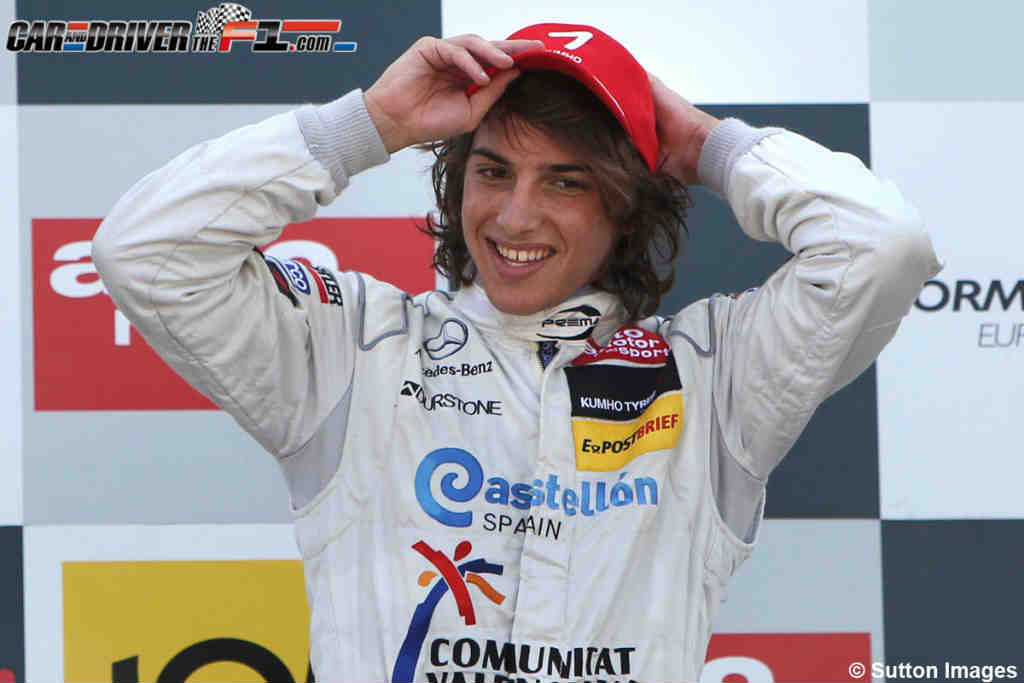 Formula Renault 3.5 title contenders Carlos Sainz Jr. and Roberto Merhi could make their Formula 1 debuts later this season for the Caterham team. Caterham’s new owners are evaluating their driver options for the remainder of the campaign, having slotted in Andre Lotterer at this weekend’s Belgian Grand Prix.

No decision has yet been taken about the plans for who lines up alongside Marcus Ericsson in the remaining races, but AUTOSPORT understands that both Merhi and Sainz are being seriously considered. Merhi has been with the Caterham team at this weekend’s Belgian Grand Prix, and told Spain’s Movistar TV that he has already been in the simulator.

“They invited me to visit the factory and try the simulator, which was great,” he said.

“And then they invited me to the circuit. There’s nothing else really. I know there may be a chance one day but right now we don’t know.

“We haven’t spoken about the possibility to race. It could happen one day but we haven’t discussed that.” [Link]