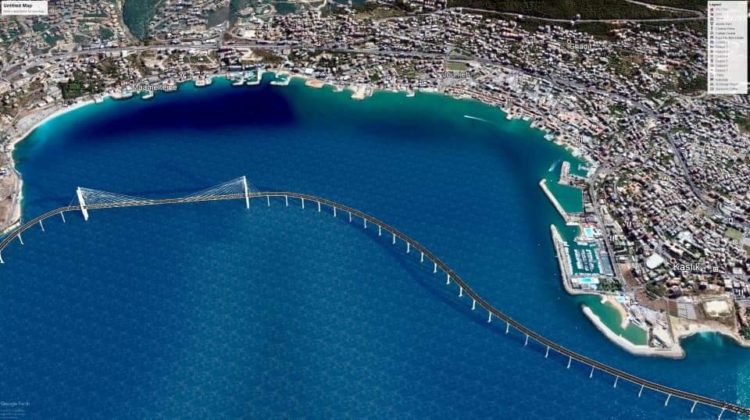 Keserwan’s FB Page posted yesterday pictures of a project submitted to the Lebanese Presidency, that consists of building a sea bridge all the way from Tabarja to Jiyye. The study was prepared by a company called DEP but I couldn’t locate it on their website.

The aim is to solve Lebanon’s worsening traffic problem but I am not in favor of it or any similar projects, because 1) it will take 50 years to build such a thing and 2) it will ruin Keserwan’s “already ruined” facade. Last but not least, the real problem behind traffic is the lack of urban planning, the inability of the authorities to enforce a traffic law, and the incompetence of the police among other things. And no new roads or bridges will ever help solve these issues. 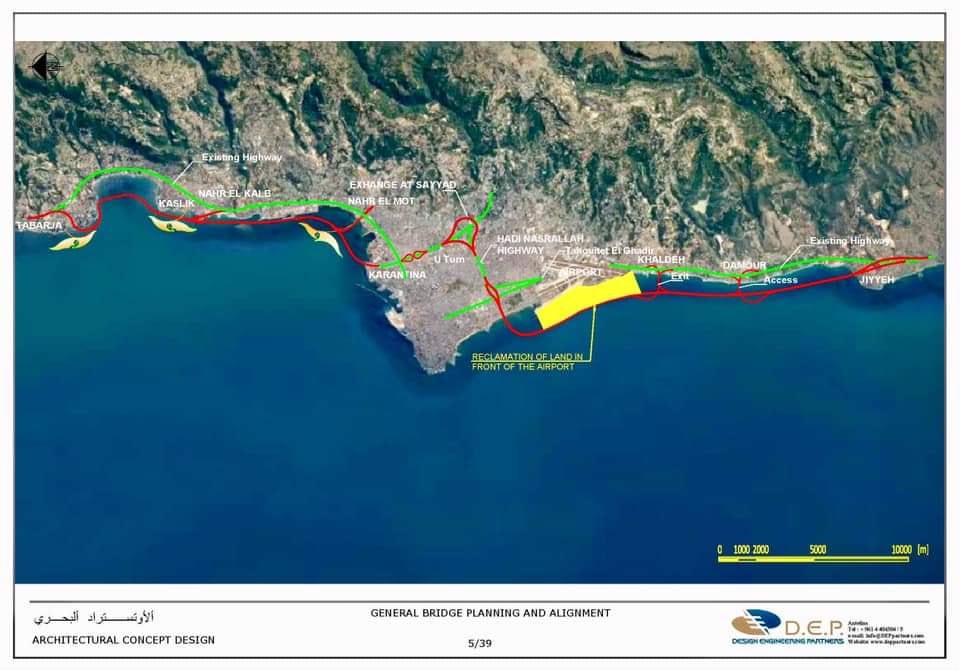 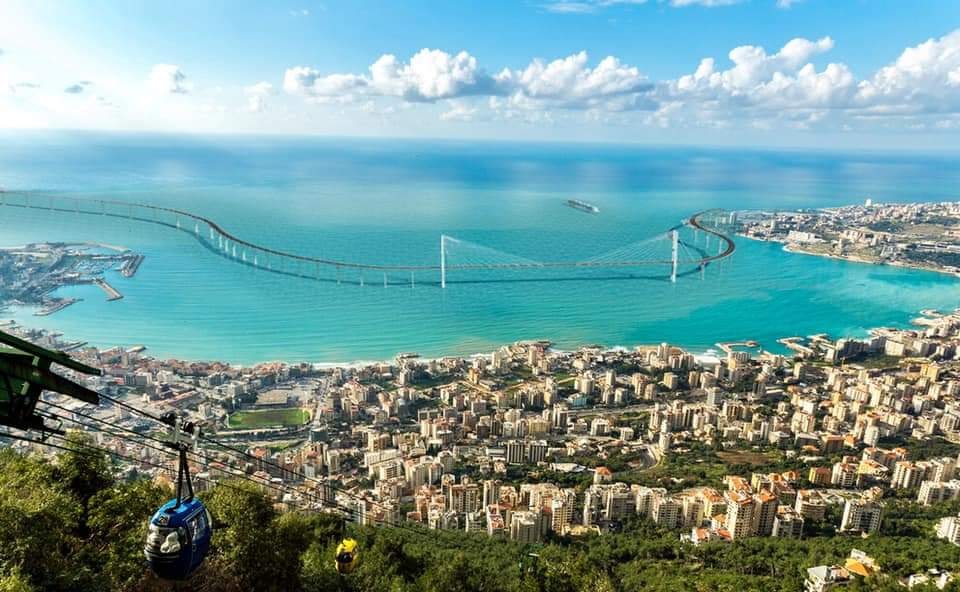