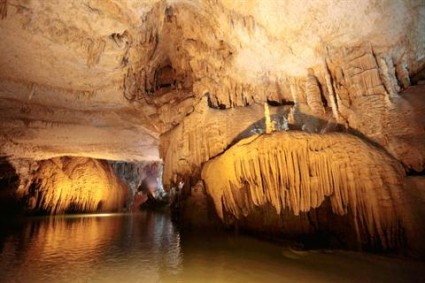 The German Federal Institute for Geosciences and Natural Resources published a [report] back in May 2012 on the Janneh dam and gave the below conclusion and recommendations:

Conclusion and Recommendations:
The results of all four measurement campaigns prove the existence of a massive infiltration into the J4 aquifer in the Upper Nahr Ibrahim Valley and have major implications for the currently ongoing planning of the Janneh dam which extends well into the assumed zone of high infiltration.

In view of the current findings, it is strongly recommended not to go ahead with the construction of the planned Janneh dam.

It is recommended to establish a completely new monitoring of spring flow at Afqa and Rouaiss springs because both stations are in a state of disrepair and do not produce useful results. Construction costs for both are in the range of 1 Mio USD.

Despite these facts, The Energy and Water Ministry Gebran Bassil is going ahead with plans to build a dam in Janna, knowing that this plan might potentially damage Jeita Grotto.

Is Bassil aware of this report? Does he know something we don’t?

Either way, he’s a resigned minister now and hopefully this plan will never see the light.