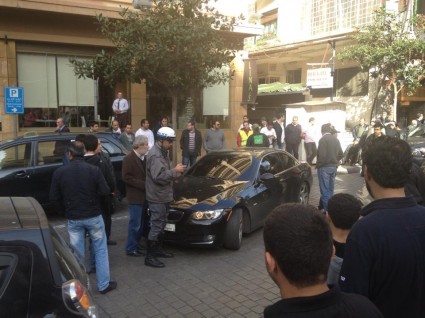 Interior Minister Marwan Charbel announced few days ago that tints on car windows will be banned at the beginning of July and only allowed for security reasons defined by the Ministry. I am not sure if this has anything to do with the upcoming elections (if there are any) but it’s one of those bans that no one takes seriously.

You see if you happen not to have relatives in high positions capable of getting you a tint permit for “security” reasons, you can get a medical permit for the windows tint. Also it costs barely 50$ to put back the tints in case they are removed at an army or ISF checkpoint.

The solution is simple though and I hope Minister Charbel considers it. If a car is stopped with illegal tint glasses on, break one or two windows after removing the tints. This will make those breaking the law think twice before putting the windows tint back on.