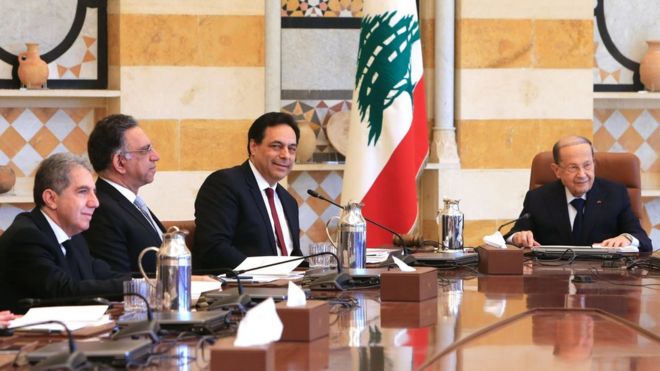 A video documenting the assault on prominent activist Wassef Harake led to the arrest of at least six people, who were monitoring his moves using one of the Tourism Ministry’s cars, and early investigations revealed the majority belongs and/or are supporters of Lebanese Democratic Party. To make things worse, some of them are employed in this ministry and were caught with machine guns and pistols.

They monitored Wassef for a week before getting ahold of him and beating him up. Following this incident, the head of the Beirut Bar Association, Melhem Khalaf asked the Tourism Minister to resign immediately, noting that they had assaulted other activists in the past months according to some reports.

Whether the minister ordered them to do so or not, he must step down immediately if he has any decency, even before the verdict is out.

Al Jadeed shared a small report on the minister in question, proving that he co-owns gas stations with his brother who has been selling fuel at the black market rate. Everything’s documented in this video, and again whether the minister is aware of this illegal business or not, he should step down since there’s a conflict of interest.

Unfortunately, the person in charge of monitoring the prices is our birthday boy (he’s probably still celebrating) Mohammad Abou Haidar, so don’t expect much.

What’s stopping PM Diab from asking these ministers to step down? Isn’t he waging a war against corruption? Isn’t he leading a government of technocrats? Doesn’t he want to amaze the world with his achievements? Ask your “Love to beat up Lebanon” Tourism Minister and fellow AUBite to step down then.