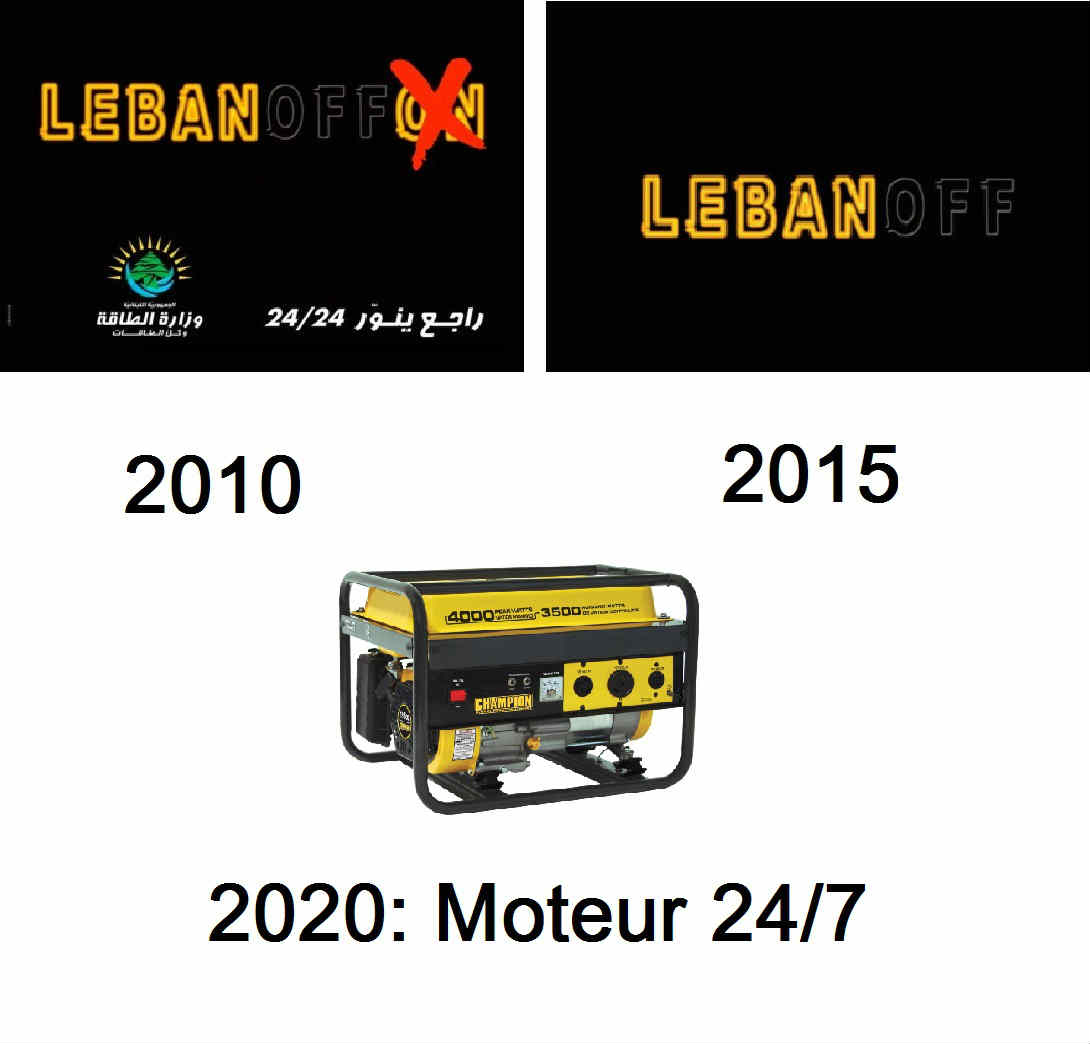 Five years ago, we were promised 24/7 electricity in Lebanon. Instead we got this year 24/7 Zbeleh all over Lebanon and the electricity is getting worse by the day. We were all skeptical of the Energy Ministry’s plan back then but I bet no one expected things to get even worse than they were back then. At this point it’s useless to blame one party over the party because they are all to blame, but we are to blame as well for not holding them accountable especially during elections. If you are expecting our dear ministers to resign on their own, keep on dreaming.

Take for example the Zouk power-plant and the pollution it’s causing. All municipalities (and the parties behind them) in the area are against it and want to close down the power plant yet none of them are raising awareness on this matter and investing in renewable energies. Instead, they are polluting our streets with posters and approving (and probably investing in) the constructions of summer resorts and residential and commercial areas around the power-plant, which doesn’t make any sense and goes against their demands. That’s why drastic solutions won’t work in Lebanon and why we need initiatives like the Zahle one.

The next time any party in Lebanon proposes a major solution to the electricity issue, keep this quote (taken from the DailyStar) in mind:

“Doing anything of this scale in Lebanon would require a political investment of mammoth proportions. To this point, we have not even heard that [X] parliamentary bloc will carry this plan into the future – or even beyond this term of office. We question whether [X] bloc will even acknowledge its parental relationship to this proposal, once this Cabinet and Parliament have become history. However, the real reason why this plan will not come to fruition is the system of the Lebanese state. The real flaws in infrastructure and design are in the system. The system lies. It does not have any institutions or practices to guarantee the implementation of the proposal. Our experience is that the system amounts to little more than a charade. [X]’s plan, for all its beauty, does not fit the country for which it is intended. This is not a plan for a country that ranks 34th on the Foreign Policy index of failed states.” 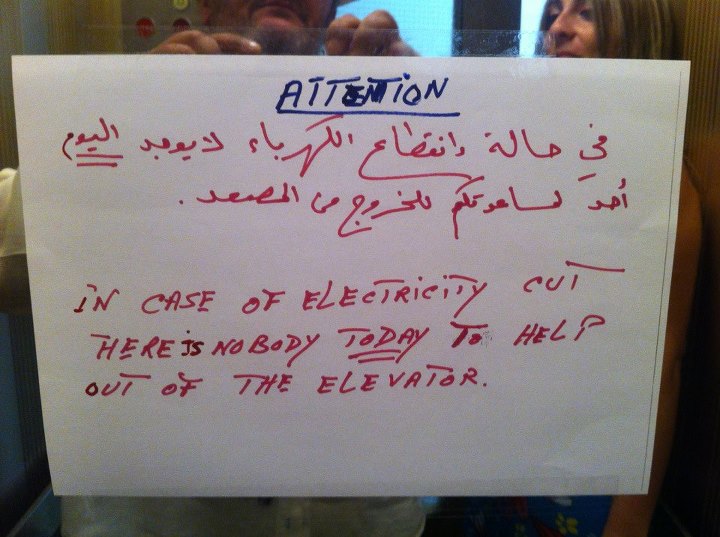 See Also:#YouStink Saturday Protest: Should We Join Or Not?
Posted By Najib
Categories CRITIQUES,LEBANON