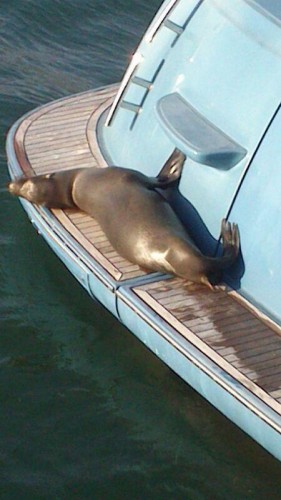 Back in April, I posted an update about the sea lion stating that the Ministry of Environment was taking charge of that matter. However and according to Animals Lebanon, The Ministry decided to leave the sea lion where she was and by that jeopardized her life.

The NGO had warned the Ministry that the sea lion is a captive raised California sea lion, not native to this region and not used to surviving in the wild, and releasing the animal in the wild is against the recommendations of the IUCN, yet no one listened. They even offered a large pool with security for the animal.

At this point, no one knows what happened to the sea lion but it is definitely not the happy ending we were hoping for. Let’s hope the Beirut crocodile doesn’t face a similar fate. 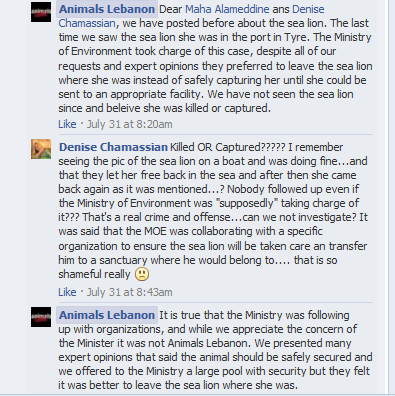