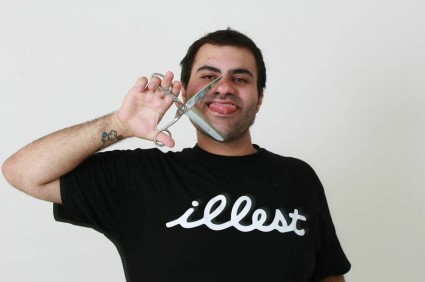 This should not be happening to bloggers and journalists. I repeat what Gino said and I also ask the Lebanese Judicial System, and the cyber crimes office as well, to put some faith in journalists, bloggers and activists and prevent such cases from occurring in the future.

All the support to you bro!

Read the full story [Here]. Al-Akhbar covered the story and [Maharat] as well.

Wake up. Get a serious-sounding call from a 01. Officer quickly introduces himself and summons me to their offices next day at 10:00AM. Asked repeatedly what for, all I got was “just be here at 10″ and could barely get directions to the bureau. An hour later, technical glitches at IDM and Cyberia made access to the blog via these providers impossible. So, you can imagine the uneasiness I was feeling about the interrogation that followed what at first seemed to be yet another block of my blog after the one in December.

Of course, I knew I had done nothing wrong. Over 4 years on the blog have taught me how to avoid slander and libel (kad7 w zamm) in my writing. As for any other crimes, the only thing I could think of was my criticism of bad practices by the ISF that could land me in that seat (despite my fair-handed writing of when they do good as well).
Turns out it was a slander and libel complaint filed by Bonofa, the people behind Cube 7, by a person I never met or heard of before. It was an article I wrote back in July, that you can find here, and check for yourself that there is no slander in libel (as per more than one legal advisor). [Link]