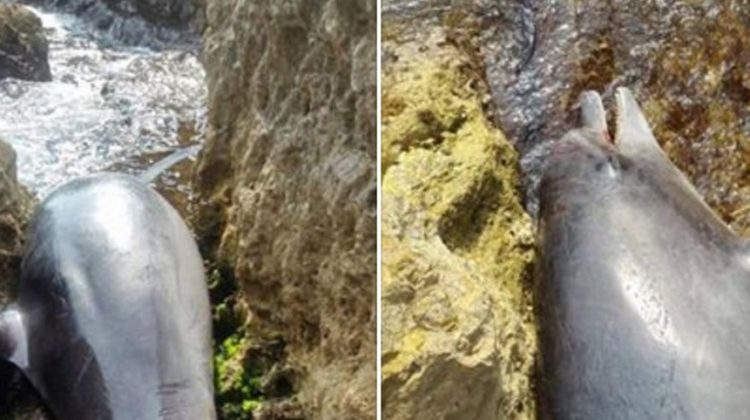 Honestly speaking, I had no idea there were so many dolphins in our sea but someone has to investigate this matter urgently and point out who’s responsible, and by that, I don’t mean our Environment Minister of course as he’s too busy turning garbage mountains into gardens.

A real tragedy happened today in Tabarja.
Fishermen are killing dolphins and are even using poisons.
They are disturbed by their presence because the dolphins are eating the fish caught in their nets.
This is a criminal act! We cannot shut up! This poor dolphin it seems is the fifth victim . The Marine Life and Biodiversity in Lebanon should be protected and respected. This poor dolphin is still floating between the Aqua Marina and Palapas.
Dolphins are not the intruders. The Ocean is their Home. Humans are the real intruders. [Source]