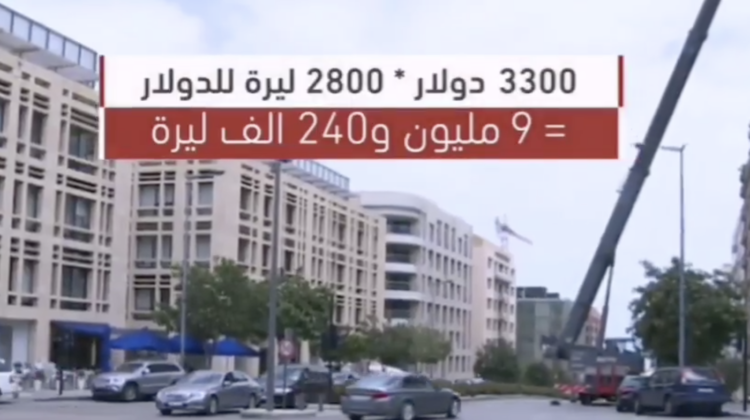 Leave it to the BDL geniuses to figure out new ways to screw us over while pretending to “facilitate” cash withdrawals for people. It took me a couple of hours today to understand the latest circular they issued, and it translates to the following:

– The memo concerns approximately 1.6 million account holders in Lebanon having less than LL5,000,000 Or $3,000 in their accounts.
– Those who have more than $3,000 will still be forced to withdraw $200 weekly or bi-weekly for now.
– “Getting rid” of these accounts will ease pressure on the banks and branches.
– We will now have four rates for the Lebanese Lira
1- Official Rate 1,515 LBP
2- Exchange Currency Offices Rate 2,000 LBP (For Buying only)
3- Currency Offices Black Market Exchange Rate – almost at 2,9000 LBP now.
4- Banks Black Market Exchange Rate – No one knows how they will set the rate (BDL even formed a committee for that).

Why four rates? Here’s how the withdrawals will work:

If a customer has $3,000 in his/her Bank account:
The client gets $3,000 at the counter value of LBP at market exchange offices rates which is for instance $3,000 at 2,800 today. BDL will cover up the difference in conversion amounts to the bank in that case.

There are three major problems with this circular:
1- It is imposing an illegal and unfair haircut on depositors having more than $3,000 in their accounts.
2- The Lira rate will go through the roof in the coming weeks as “small” depositors withdraw their money.
3- It will cause further inflation and reduce even more the purchasing power of Lebanese. The LBP 9,245,000 that you withdrew at 2,800 will be worth less the next day if all concerned account holders rush to withdraw their money.