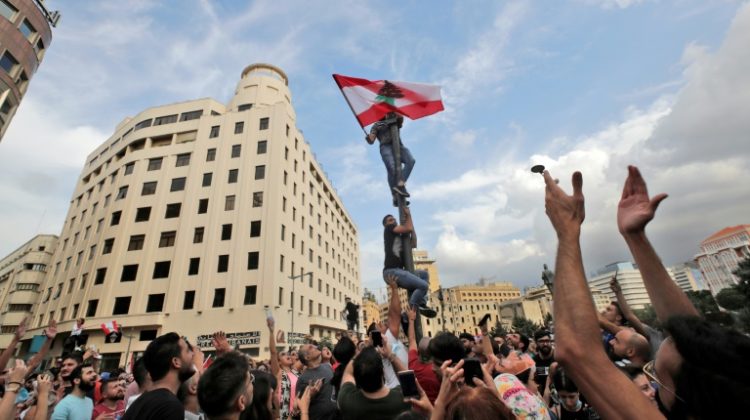 Ever since Diab was assigned to form a new government, I’ve been hearing a lot of calls to give this man a chance in order to speed up the formation of the cabinet and stop the economic crisis from worsening. Unfortunately, nothing is gonna stop an imminent economic collapse except drastic short and long term measures and by that I mean capital controls and a haircut to begin with. The concept of a haircut has been explained over and over by Dan Azzi and could vary from a fixed percentage on deposits over 1 million for example or percentages proportional to the interest rates offered on big accounts. Even better, it only affects less than 1% of depositors.

Less than 1% of depositors, or 24,000 accounts, account for nearly $90 billion, with the average account worth $3.5 million. (Assuming each millionaire has three or four accounts, a common practice in Lebanon, we may be talking about no more than 6,000-8,000 account holders.)

This being said, a haircut will help stabilize the situation up to a certain extent, but the REAL problems remain the chronic budget deficit and irresponsible government spending. In terms of numbers, Lebanon’s gross public debt during 2017 hit $3.76 billion while in the first half of 2018 only, the gross public debt grew by $3.4 billion, vs $1.6 billion in the same period of 2017. Overall, Lebanon’s gross public debt rose by 4.3 percent to $82.95 billion in the first six months of 2018 compared to $79.95 billion in the same period of last year. Add to that imports amounting to $8.49 billion dollars and the debt’s INTEREST ONLY amounting to $3.8 Billion Dollars as of September 2019.

These numbers are not going down anytime soon with or without capital controls and haircuts, and this is where the painful reforms are much needed. Who’s gonna pay the salaries of all public sector employees? The Army? The ISF? The NSSF? The electricity and customs losses among other things?

Unless the authorities decide to restructure all their institutions, form an independent judiciary committee and anti-corruption committee to stop the thefts, cut down on irresponsible spending and try to inject some money in the market, we’re only delaying the collapse and giving people time to empty their bank accounts. No one in his right mind will leave a single penny in Lebanon if they don’t trust those in power, and I think it’s clear by now that they’re all (ALL MEANS ALL) corrupt and incompetent.

All in all, the “real” crisis did not start yet if you’re wondering where we stand now, and this newly appointed PM is yet another wasted opportunity from those in power. They’re too corrupt to seek real change and sitting too high up on their thrones to realize how much people are struggling. As for those asking on who could be a potential candidate to lead us in such times, just look at the changes brought in by Melhem Khalaf, after his win at the Beirut Bar Association, and how everyone is showing support. MPs and ministers are getting paid from our own money to govern, if they can’t or don’t want to appoint the right people to guide us out of this mess, let them step aside or bear the consequences.