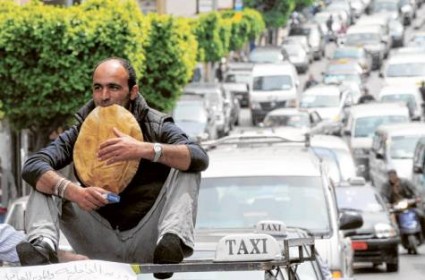 From October 12 to October 18, you can be part of a wild social experiment. Held in Beirut and organized by Ashkal Alwan, the idea is to have workshop participants talk to taxi drivers while recording their stories and interactions. The talks will then be aired on the radio (station still undecided.) [Link]

Now that ought to be a very interesting workshop. I bet we will be hearing tons of conspiracies about Lebanon and the Middle East.

In this workshop, participants will travel by taxis, talk with drivers, record their conversations, and return with stories which will be disseminated by public radio during hours negotiated with a radio station. The taxi will be regarded as social place, as carrier and interface of public voice, knowledge/history, often across generations. By choosing the taxi, the project also subtly touches upon two major urban management issues in present-day Beirut: lack of public space (spaces of collectivity) and transportation. [Link]