Why did Charbel oppose the movie? Because he received a protest letter from the Israel Boycott Office of the Cairo-based Arab League. As we all know, Arab countries and on top of them Egypt are very sensitive when it comes to Israel (Specially in Sharm el Sheikh).

Charbel told AFP the interior ministry had granted Doueiri a permit to film the movie but revoked it after receiving a letter of protest from the Israel Boycott Office of the Cairo-based Arab League.

“We had no problem with the movie but when we received the protest letter… we could not oppose” the request, he said. [NowLebanon]

The Attack was already rejected by Lebanon’s cinema committee and prohibited from getting nominated for an Oscar under the Foreign Film category. The movie was adapted from a novel by Algerian writer Yasmina Khadra and portrays the Israeli-Palestinian conflict through the eyes of an Israeli doctor who discovers that his wife carried out a suicide bombing in Tel Aviv. 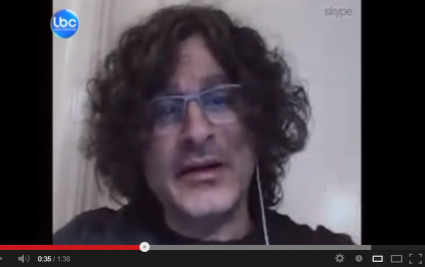 Taking aside the ban of this movie, doesn’t Doueiri looks a bit like Ghaddafi?