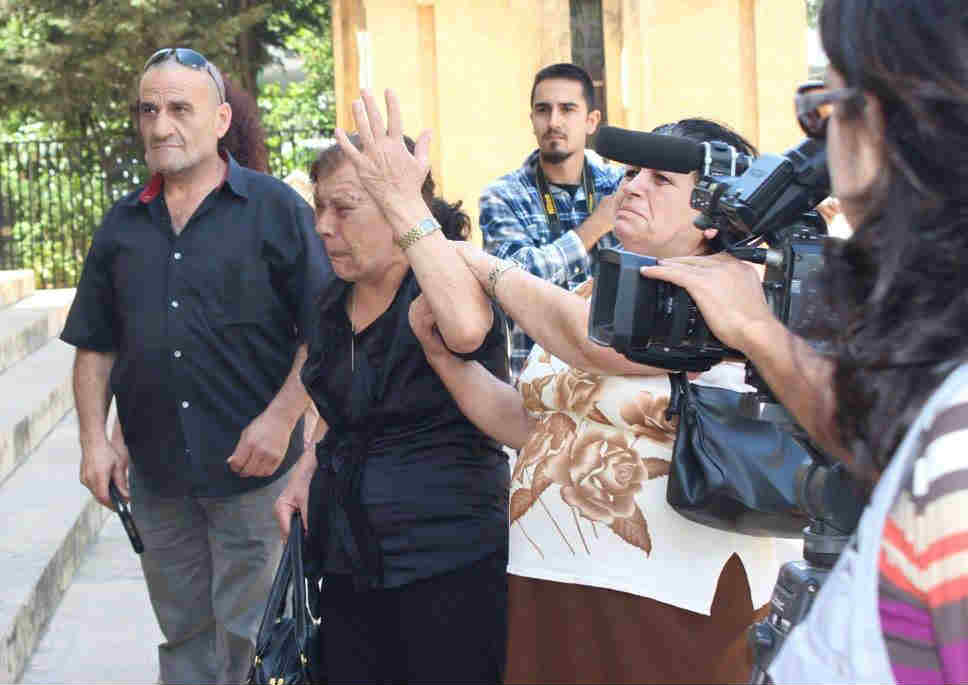 Kafa organized a demonstration yesterday in front of the National Musuem to end domestic violence against women and in support of the victims’ families, specially after the brutal murder of Sara al Amin a week ago. On the same day and in a different location, a man was caught on camera beating a woman inside her car. Al Jadeed are saying he’s an official and that the woman is his wife but I can’t confirm both. What’s sure is that he was beating her in public and no one intervened to help the poor woman, which brings me back to the post I wrote a few days ago on how Lebanese need to protect women being assaulted in public or inside their houses.

If I had seen this guy, I would have definitely rushed and kept him away from this woman and I am sure a lot of people would have done the same. I am not here blaming the guy who filmed the whole thing as it’s a personal choice after all, but we need to take action against abusive individuals and shame them while protecting the victim.

I will follow up on this story and see if this guy’s name is revealed since he’s an official and the head of a municipality according to Al Jadeed.