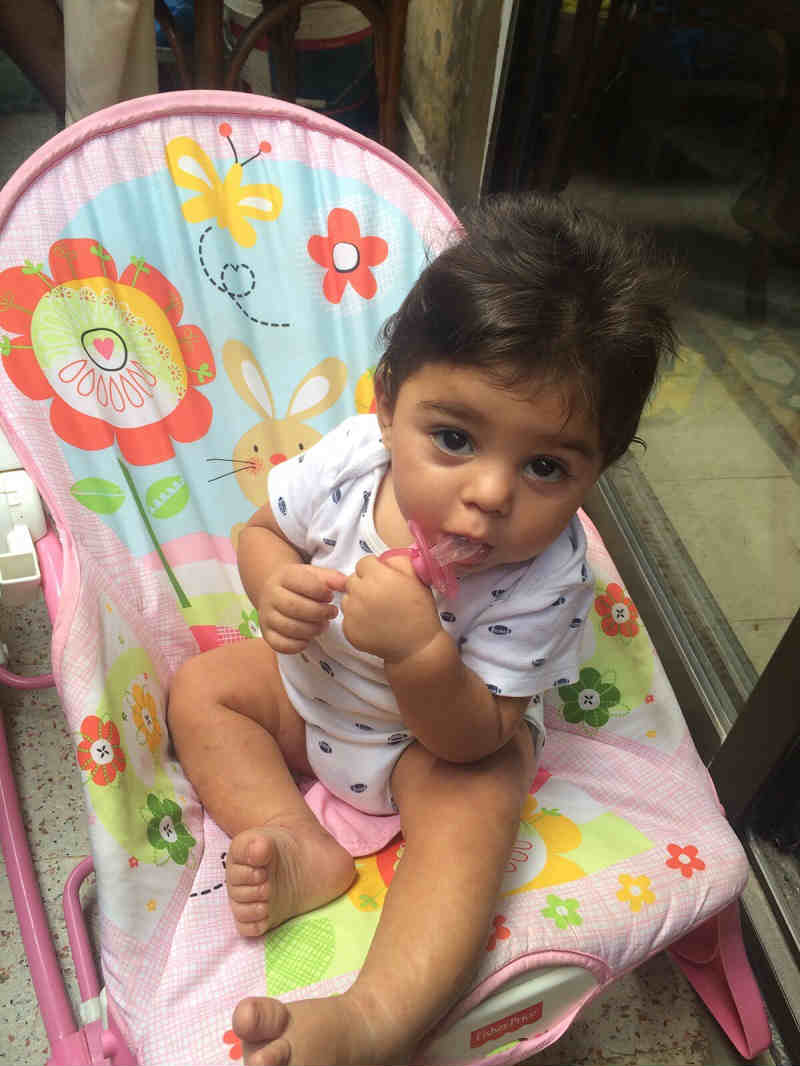 Update: I got a clarification from MTV saying “that the title used was indeed wrong and that it was changed at the midnight news. Moreover, they didn’t mention the online campaign because it wasn’t related only to Ali and they wanted to shoot another report on online campaigns especially that there are already two success stories. Also, they couldn’t mention all the names and they made sure to thank everyone”.

I thank them for the clarification and for changing that horrible title. The report should have been elaborated further in my opinion as it sent out a wrong message unfortunately and the title made it worse. What matters the most and MTV agrees on that now is that Ali is now in a new shelter with his family.

Everyone is happy that Baby Ali was rescued from the street and moved into a new shelter but MTV’s report last night was a disrespectful one for the baby and his family and those who helped.

To begin with, they gave themselves all the credit for shedding the light on the story which is not correct as the story had spread before on Twitter and was highlighted by several media as well. I personally knew about Baby Ali from the MTV report but a lot of people were following up on the baby since day 1 and posting updates.

Second of all, calling the baby a “bastard” is inappropriate and unnecessary. The headline used “بعد الاعلان: منزل للرضيع اللقيط!” was a terrible one! Did you verify that he’s a bastard? And if that’s the case what difference does it make? Did you check if the mother was raped or forced into prostitution for example? Or if the father ditched her or maybe died in the war in Syria? This baby has a name and you could have used it for announcing the story.

Last but not least, why didn’t they mention who helped and how? If they don’t want to say Alfa helped, what’s wrong with mentioning LiveLoveBeirut and letting people know about the online fundraising campaign to help Ali and other children?

Speaking of donors, Alfa covered the rent as you all know and Touch promised to buy the family everything that’s missing in the house. Several anonymous donors also offered to help and one of them was referred by MTV. As far as the 30-day long online campaign is going, we collected over $6500 in only 4 days which is amazing!

Overall, moving Baby Ali into a new apartment was a very demanding task that took a lot of time and dedication mainly from Carol Maalouf and the Leb4refugees team but also from a lot of people who were taking care of the baby since Day 1. Rachelle, Lama and Rana spent hours every day watching over the baby, feeding him, buying him and his grandpa stuff, taking him to a doctor on their own expenses, getting him meds, trying to reach out to the media and other things. They were the first people I talked to about sharing the post and they were extremely helpful and caring. they were sick worried about the baby and wanted to know every single detail of the story and still ask for updates every day. It is not MTV’s report nor my post that got baby Ali out of the street, it’s the follow-up of these mothers and the Leb4refugees team. Carol made sure that Ali won’t be sleeping on the street the day she found out about him and did all the arrangements to move him and his family the next day to a new house despite the obstacles (Police, paper work and some NGOs) that she ran into. It’s very easy to show support online and share stories but things are very different on the ground especially when it comes to refugees and street children.

Despite this disappointing report, what matters the most is that Ali and his family are doing great now and they are enjoying their new shelter and the new life they were given.