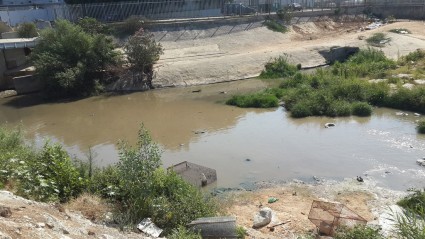 I contacted Animals Lebanon last week to see if they have any updates regarding the Beirut River crocodile and to ask them if we can visit the site and help them search for the crocodile. I was told that there’s usually someone there between 10 and 12 everyday and that anyone can pass by. Also and more importantly, I was informed that there are two crocodiles and not just one and that the second one is twice the size of the first. 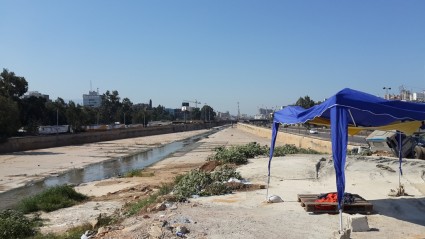 So I took my brother and headed on Thursday morning to the Beirut River. The first spot that I went to was the one right before the slaughter house next to the U-Turn that takes you back on the Hazmieh highway. The two pictures shown above are from that spot but I didn’t find any crocodiles there. There were 3 men looking as well for them but with no luck. I asked them if there’s another spot to look at and they told me to go inside the slaughter house and head towards the end where they once spotted one of them. 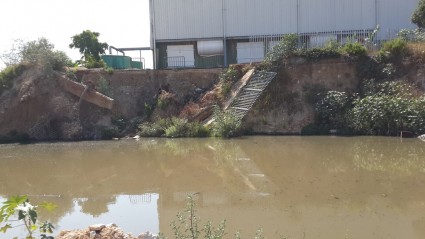 I went inside the area where the slaughter house is located and there was no one at the door. As soon as I got to the second spot, I opened the door to go down and almost fainted from the smell. I always wondered why people are not visiting the crocodile site and thought they were scared of them, but believe me the smells are scarier than the crocodiles. 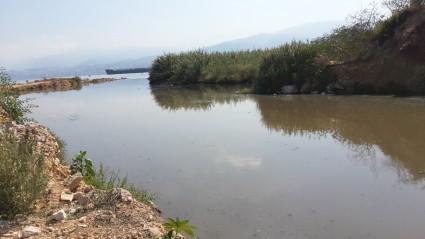 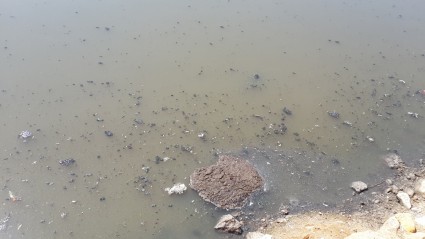 The place is polluted beyond belief and the sad part is that I found people living there. I am not sure if they work at the slaughter house or are refugees from Syria (as I found a lot of Anti-Assad slogans on the walls) but no one should live in such a shit hole. 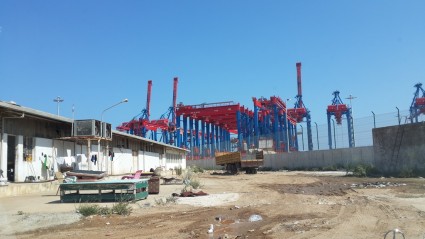 As far as the crocodiles are concerned, I spent a good half hour but didn’t find anything. The water is dirty and I am sure toxic as well and I honestly don’t envy the teams from Animals Lebanon and the Civil Defense for having to go there everyday.

I think the Minister of Environment should make an extra effort and provide the necessary for the local teams and maybe get a team of experts to locate the crocodiles ASAP and take them out of this river before it’s too late. 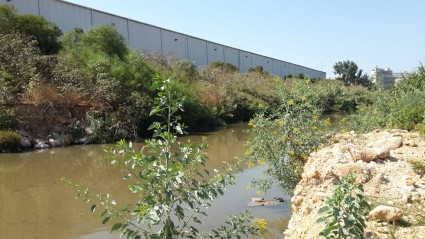 On a last note, It would be nice if the concerned parties do something about the slaughterhouse and the other surrounding buildings by at least monitoring who goes in and out and cleaning it up because I am confident the place violates every hygiene standard out there.