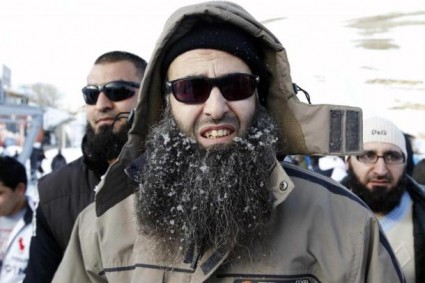 There’s an Arabic saying that says “يعمل من الحبة قبة” which I think sums up what happened on Thursday during Al-Assir’s visit when some Kfardebian residents blocked the roads to prevent him from reaching the ski slopes. I don’t want to dig into the details of his visit and the number of tainted cars he had in his convoy or the reason Farid Haykal al-Khazen asked his men to block the roads and the amount of sectarianism, hatred and shortsightedness that were displayed on that day. What I will do is try to re-imagine the whole trip without anyone blocking the roads and show you that we tend to exaggerate things the whole time in Lebanon. 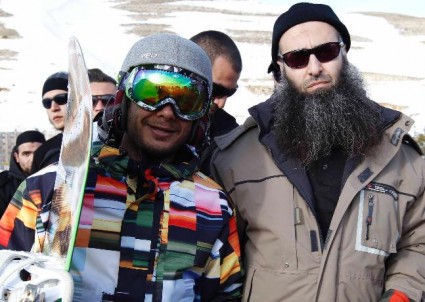 Before I start, most people who were against his visit criticized the large number of people Assir brought with him, which were around 300, out of which 103 children and 97 men, distributed over seven buses. This number is nothing compared to the number of buses I saw prior to New Year’s eve when it first snowed in Faraya. Added to that, Muslims in Lebanon tend to celebrate some of their holidays by visiting the Cedars or Faraya or other distant areas (which happen to be Christian ones) that they don’t usually go to and I’ve never heard anyone complaining about it. On the contrary, I think every Lebanese should explore parts of Lebanon he/she has never been to before. 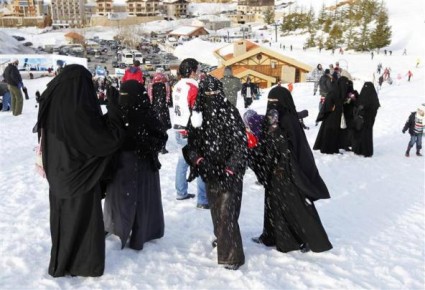 Anyway back to my story, imagine Al-Assir’s trip that way and tell me if it isn’t easier to plan that:

1- Local heads of municipalities and mayors in the Kfardebian area coordinate efforts to welcome Al-Assir and invite him and his group over to breakfast at one of Faraya’s authentic Lebanese restaurants or at Afif (Emperor of Lahm Baajin). This would have barely cost 500$ and benefited everyone.

2- Al-Assir and his group head to the ski slopes where they are welcomed and assigned a small area for the children to enjoy the snow and 2 or 3 guides to help them. Rental of equipment (Skis/Luge/Ski-Doo) as well as 300 people buying beverages/food/snacks would have brought an extra smile on every shop owner up there.

4- Al-Assir and his group head back home, everyone is happy and the media is praising Kfardebian’s hospitality and national unity bla bla bla instead of promoting sectarianism and hatred. 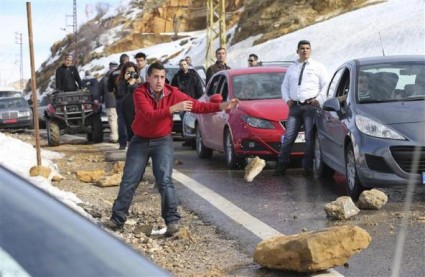 There was nothing suspicious or provoking about his visit except for the people who thought so, and this all could have been avoided if we reasoned a bit, but that’s apparently too hard to ask these days.