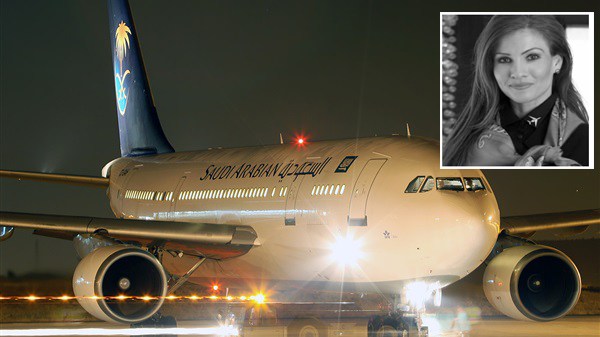 I have no idea who Kristie Sarkis is, but her recent appointment in a senior position at Saudi Airlines has caused a twitter storm in Saudi Arabia. Saudis are upset that their national airline chose a foreigner instead of a local and they are calling for an investigation into this matter.

I tried looking on SA’s website if there are any announcements regarding Kristie Sarkis but couldn’t find and there’s no mention as well on their social media accounts. ArabianBusiness wrote about this story and mentioned how there are legal challenges to Kristie’s appointment. On the other hand, Arab News shared a clarification from Saudia stating “that Christy Sarkis has been appointed as media and international communication consultant and not head of public relations (PR), as some social media users had claimed”.