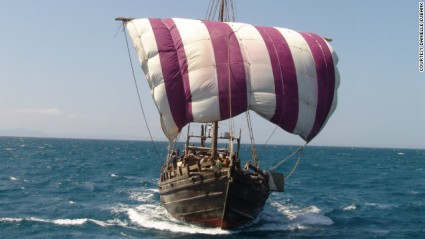 Christopher Columbus has long been the poster boy Renaissance explorer who found fame and fortune by sailing from the Old World to the New. But more than five centuries later, a British adventurer plans to show that the New World could have been reached by another seafaring nation 2,000 years before Columbus. Former Royal Navy officer Philip Beale hopes to sail a replica Phoenician boat 10,000 kilometers across the Atlantic in an ambitious voyage that could challenge maritime history.

By completing the journey, Beale aims to demonstrate that the Phoenicians — the ancient Mediterranean civilization that prospered from 1500BC to 300BC — had the capability to sail to the U.S.; a theory disputed by historians. “It is one of the greatest voyages of mankind and if anyone could have done it [before Columbus], it was the Phoenicians,” said Beale.

Here’s Karl’s interpretation of the story:: 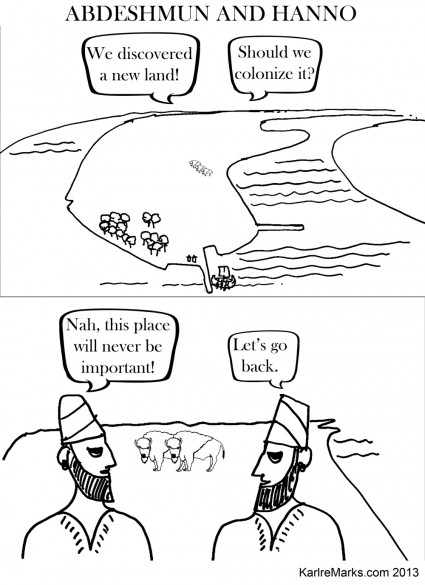