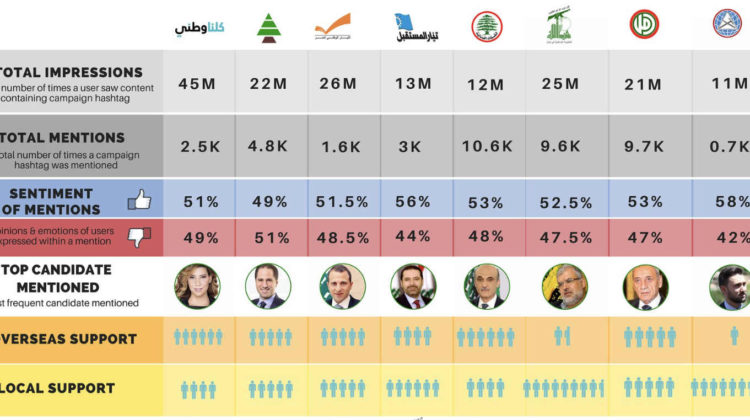 A friend referred me to an interesting infographic on reddit highlighting the reactions of Lebanese on social media in regards to the upcoming elections.

Here are some of the findings but I strongly recommend you read the full article [here].

Needless to say, there is no clear link between social media sentiments and elections results, especially after what happened in the past municipal elections in Lebanon or even in the last US elections, but this is still a great infographic to look at.

PS: The data & insights of this infograph have been sourced from Crimson Hexagon, a platform that uses artificial intelligence to analyze consumer insights on social media and other online data sources. 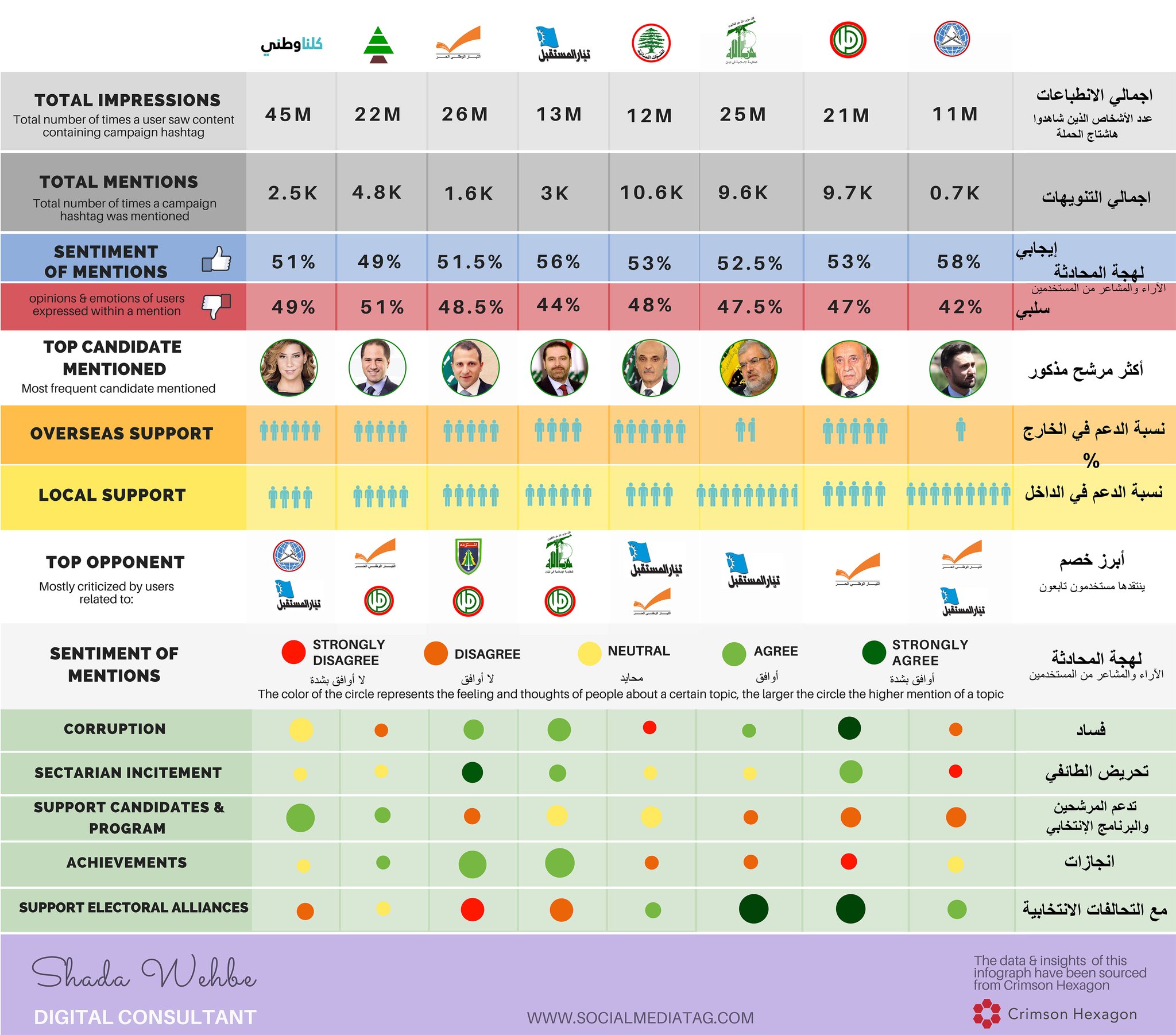