I wrote a couple of weeks ago about the #EnsaJoura initiative that MTV Lebanon and Live Lebanon kicked off and they’re already off to a great start!

In fact, I reported a couple of potholes to see if they’re responding quickly and I have to say I’m quite impressed. The first one was the huge pothole/ open manhole in Jeita I wrote about (but did not report) and the second pothole was in Zouk Mosbeh on the way up to NDU. They went to inspect the one in Jeita even though I did not report it and informed me that they can’t fix open manholes but they will raise the issue up and the second one was fixed in no time.

Here’s a video showing how they fixed Zouk Mosbeh’s pothole:

Don’t forget to report potholes on MTV Lebanon’s app. The more a pothole is reported, the fast it will get fixed. 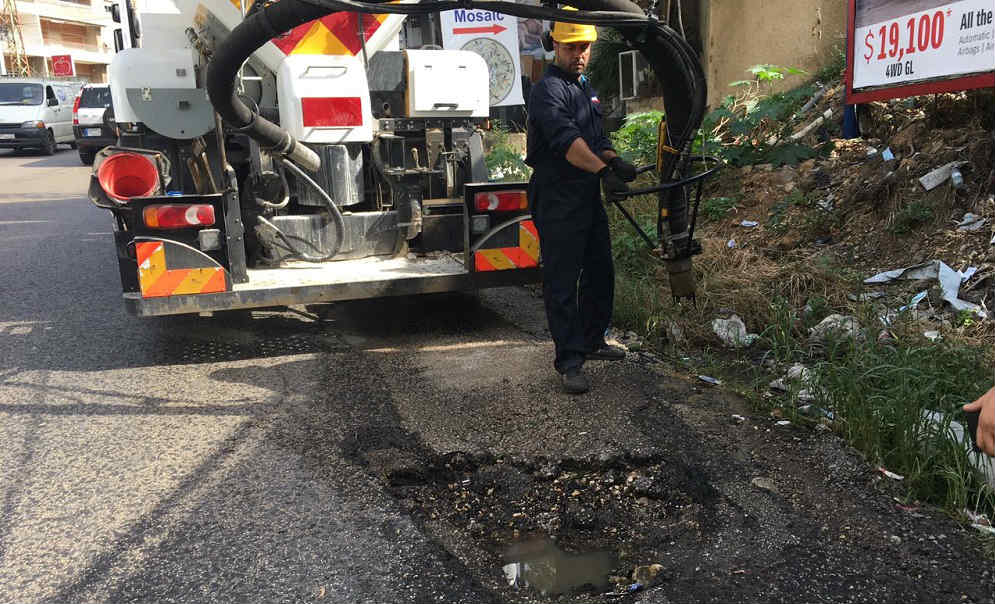