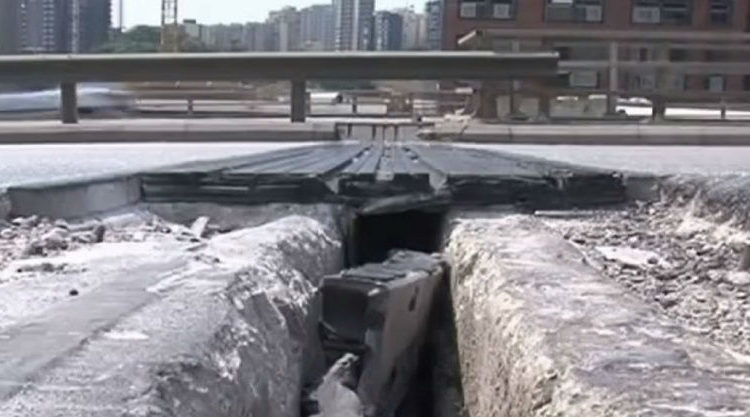 MTV Lebanon and LiveLebanon kicked off this week the #EnsaJoura national campaign for better roads in Lebanon. The aim is to quickly repair hazardous potholes across the country and engage with people to report these potholes. 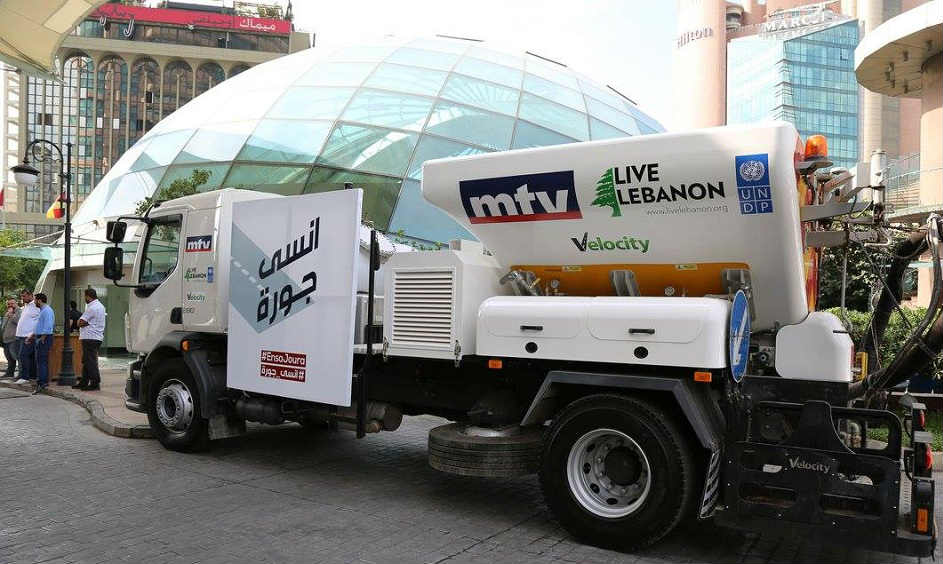 How will they close down potholes?

They got a Velocity road repair machine that is capable of shutting down a pothole in about two minutes, the same pothole that could take years for the Lebanese authorities to consider closing down. The machine will be touring the country and making roads safer. Needless to say, that’s not a permanent solution but it’s an efficient one given the state of our roads, the incompetence of municipalities and the Ministry of Public works. 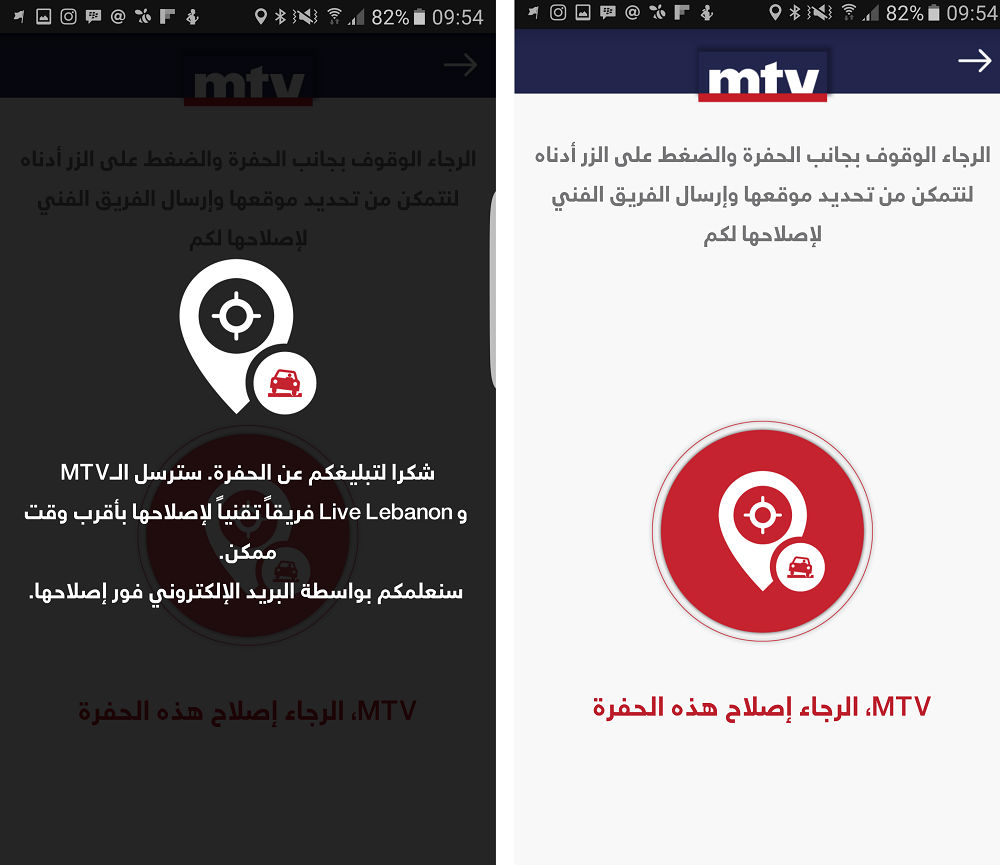 How to report potholes?

MTV integrated the #EnsaJoura notification into their mobile app. Once you download it or update the app in case you already have it, you will notice a small car on the top right of the screen. All you need to do is:

– Click on the car
– Register (Email & Gender fields are only needed).
– Send the location of the pothole to MTV

Once the pothole is fixed, you should receive a notification on your email.

As mentioned previously, this is definitely not a permanent solution but more of a stunt by MTV to raise awareness on the appalling state of roads in Lebanon. Nevertheless, they are actually fixing potholes in the process, which is something all road-safety related NGOs should have done a long time ago. However and since they only have one machine, I have no idea how they will manage the tons of requests that they will get. Maybe it’s better to start with one region and move on.

In regards to the app, I went in to register and click on the location sign to locate the pothole and report it but it quickly sent a wrong pothole notification instead. I think they need to enhance the app to allow the user to properly locate the pothole in order to avoid receiving wrong locations. Also, users should be able to monitor and remove or edit their notifications if needed. Last but not least, it would be great to see a map with all the potholes being repaired and where.