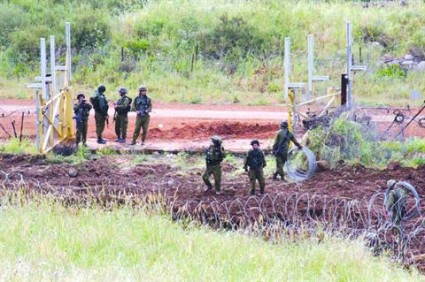 Picture from The DailyStar

I am glad no one shot him down or decided to take him as a hostage as it would have escalated things. Reports are saying that his name is Simon Saadati (A Lebanese-Israeli maybe?) and that he is mentally unstable but I find it quite weird that he was able to make it all the way across to the fence without being noticed from both sides.

An Israeli man was arrested by the Lebanese army on Wednesday after he crossed the border fence between Israel and Lebanon in Ras al-Naqoura, Lebanon’s National News Agency reported.