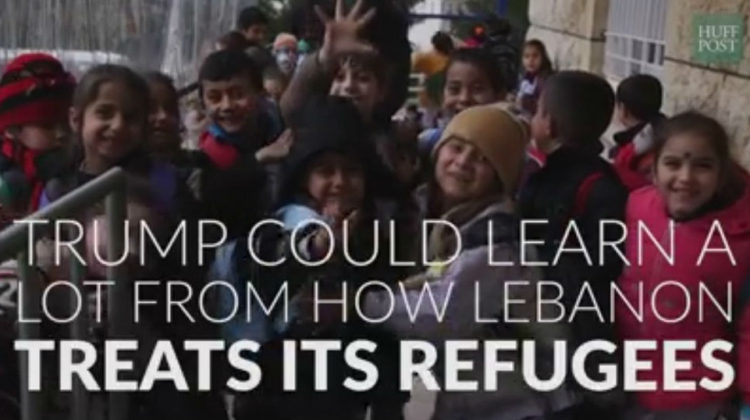 “Trump could learn a lot from how Lebanon treats its refugees” is how the below HuffingtonPost video starts then they go on to say that Lebanon, a country of 4.5M, took in 1.5 Million Syrian refugees and offered free education etc etc …

To begin with, I believe it is important to note that we did NOT take any refugees, they just fled to Lebanon because our borders are wide open and because of our corrupt and incompetent authorities. Moreover, we did not set up proper camps to host them nor did we monitor who was going in and out but instead, we left NGOs to solely handle these matters and barely provided them without any funding.

To make things even worse, a lot of Lebanese began exploiting Syrian refugees and especially vulnerable children, some politicians and groups began inciting hatred and encouraging racism against refugees mainly for politically-motivated purposes while others start blaming refugees on everything (even rising air pollution) and things will eventually get worse and worse.

This being said, the last thing we’d want to teach Trump is to manage refugees the way the Lebanese authorities have. I am not saying we should have kept them out of our country but this whole mess that we are in right now could have been avoided since Day1 if camps or certain areas were organized to host these fleeing families, instead of having tens of thousands of families dispersed all over the place and causing a security headache for the authorities.