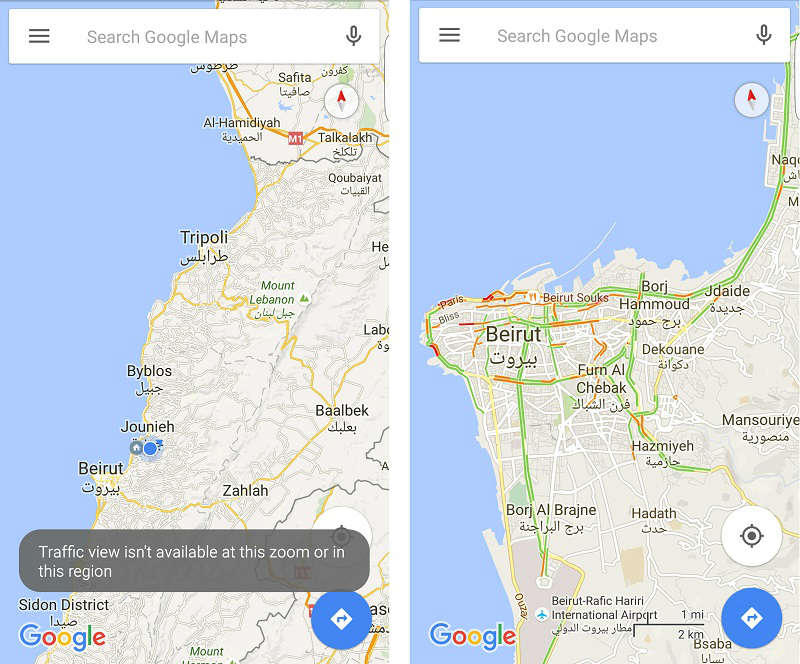 The “Traffic” feature on Google Maps shows current traffic conditions on highways and roads but it is not available in Lebanon and several other countries. I always thought that Google didn’t have enough data to activate this feature but that’s not the case apparently. In fact, Google has enough data as it uses crowd-sourcing from people driving around and sharing their location, pretty much like Tari2ak works, and my friend Rita el Khoury figured out a work-around to activate Traffic view in Beirut.

Here’s what you need to do:
1- Open Google Maps. If you try to activate Traffic in the left menu for Lebanon, you won’t be able to.
2- Scroll to a nearby country (like Turkey or KSA for example), where Google Traffic is available and activate it.
3- Once you see the colored roads, move back to Beirut et voila! You will have Google Traffic for Lebanon.

I tried it this morning and it was pretty accurate and useful. 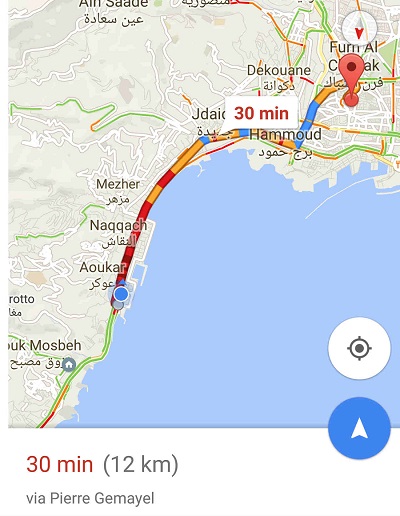 What’s great about this work around is that it will keep on working even if you exit Google Maps or restart the device. However if you try to click on the Traffic option while over Lebanon it will stop.

PS: If your Google account is not set up for Lebanon, you can activate it directly and it should work. My friend just tried it.