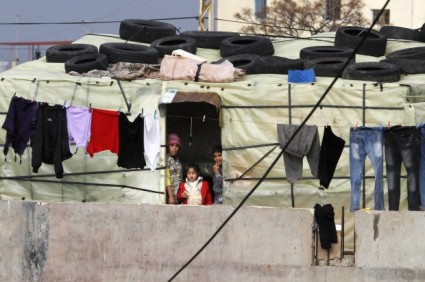 It looks like we’ve moved officially from stealing cars to kidnapping people as it’s more profitable. The big question is though who’s providing the political cover for these gangs?

BEIRUT, Lebanon — Ibrahim’s relatives are rich and powerful. But the young Lebanese taxi driver was reluctant to go into the family business when he found himself struggling to make ends meet. His family is one of the country’s largest Shiite clans, and their business is kidnapping.

“Of course I don’t want to do this,” Ibrahim said of his new part-time job driving for his cousins, both professional kidnappers. “But [the victims] are never harmed and I have to feed my family.”

Kidnapping for ransom is one of the few forms of economic activity to flourish here as the civil war in neighboring Syria cripples the tourism industry and erodes the authority of the state.

In broad daylight gunmen snatched the child, the son of a prominent businessman, as he waited for a ride to school in an upscale Beirut neighborhood. He was released five days later, after the family paid a reported ransom of $250,000. Dozens of Lebanese businessmen have been taken and held for ransom over the past year. [Link]