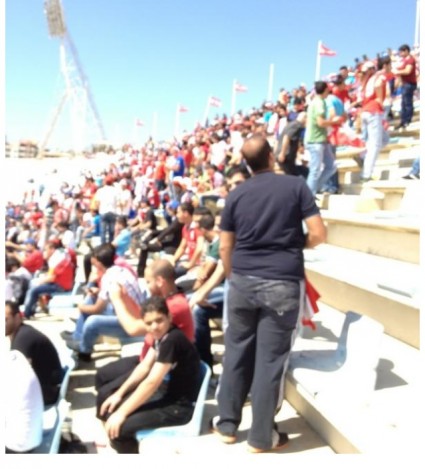 Lebanon is still without a victory after he drew 1-1 with Uzbekistan yesterday. It was Lebanon’s second game after the team had lost the first 1-0 to Qatar. There’s still hope for making it to the World Cup finals in Brazil in 2014 but we need to start winning if we want to keep our chances alive.

Having said that, we should first and foremost thank and support Lebanon’s German coach Theo Bucker for the amazing job he has done so far and the players for their incredible efforts and full commitment. As far as the fans and media are concerned, the turnout to yesterday’s game and the media coverage were weak when compared to the opening game last week against Qatar.

It seems to me that some Lebanese are as loyal to their country as they are to our national football team. This is affecting the team and their coach badly.

Check what German coach Bucker has to say:

“One day we lose, the next we draw and I go from a bad coach to a good coach. This flip-flopping is making me very sad,” he said. “We have so many great players, coaches and experts telling me what to do as if I’m an amateur coach.[Link]”

All in all, the best thing we can do right now is let the team play and support him without critisizing or blaming the coach for losses or draws. Let’s remember we never dreamt of getting this far in the first place.