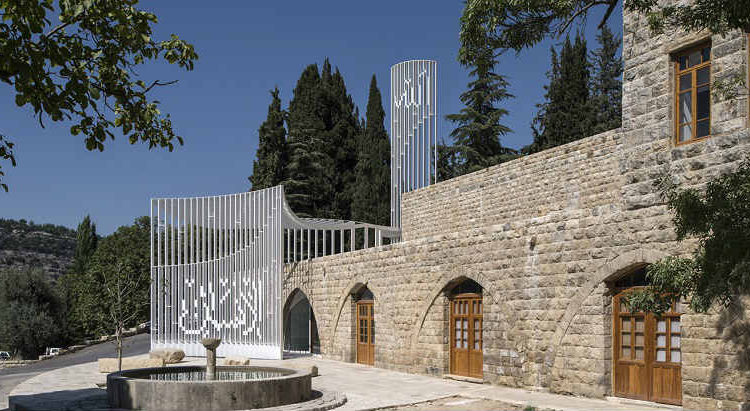 Today marked the opening of the Amir Shakib Arslan mosque in Mukhtarah. The new progressive look was designed by L.E.FT arhictects led by Makram el Kadi and Ziad Jamaleddine.

I loved the design and the idea behind it, which is putting humanity as an integral part of the equation with God, as a reminder of the humanistic tradition of Islam.

Here’s a small brief on the project:

The design for the Amir Shakib Arslan mosque in the village of Mukhtarah, Lebanon, occupies a renovated cross vaulted space with the addition of a steel structure and a plaza in front.

The slender minaret is formed of thinly sliced steel plates, angled in the direction of Makkah, and linked horizontally through a canopy to a curved wall delineating the entry to the mosque. Atop the minaret, the word Allah (God) is folded biaxially from the minaret, becoming a structural calligraphy rather than a traditional ornamental applique. Seen from one side, Allah is read as solid, from the other side, Allah is read as a void.

Below, at the entry to the mosque, the word Insan (Human Being) is added to the steel plates, to create a Hegelian dialectic of God/Man, putting humanity as an integral part of the equation with God, as a reminder of the humanistic tradition of Islam.

The fight against fundamentalism is above all a cultural war of ideas, and architecture is one of its weapons.

All pictures were taken from [Leftish]. 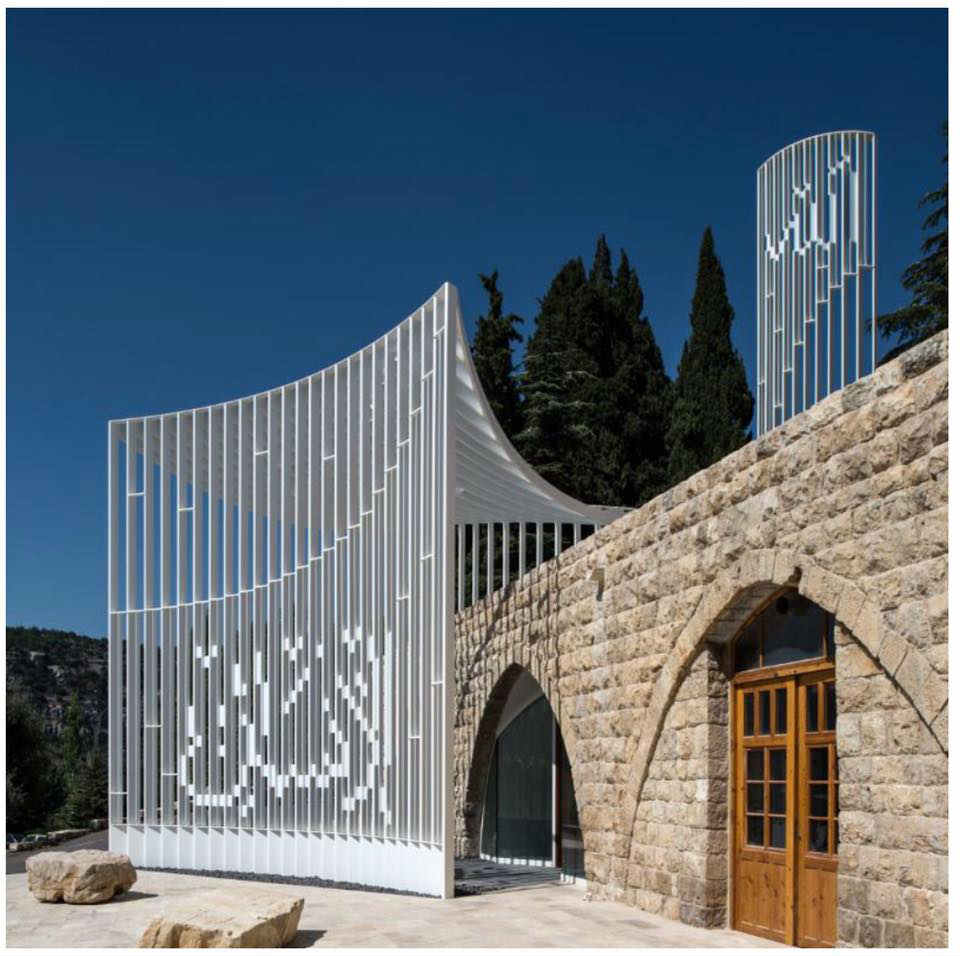