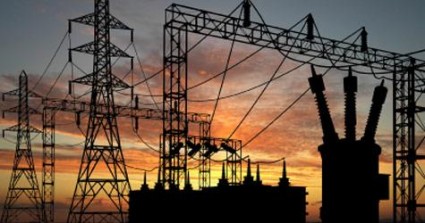 I’ve heard news of a lawsuit being prepared against the Energy Ministry and Lebanese government before but I wasn’t sure about it up until now. Here’s a small brief on what happened:

A tender to build a new power production unit at the Deir Amar facility was initially won by Abener-Butec, a Spanish-Lebanese consortium few months back. The contract was estimated at $662 million dollars, which according to Energy Minister Gebran Bassil, exceeded the $502 million allocated to fund Deir Ammar’s reconstruction. What happened next is that the first tender got cancelled and a second one is set to be open for interested companies.

Under the terms of the tender, Energy Minister is allowed to seek a 10% reduction from the winning company, and Abener-Butec agreed to these terms by downsizing the capacity of the new plant from 535 megawatts to 430 megawatts, but refused to cut down the contract by $160 million, which kind of makes sense. [DailyStar]

“You cannot ask us to deduct more than 10 percent of the total costs of the project, because if we were able to reduce costs more than that then how much profit would we be making? We’d be stealing from the government,” Zakharia said (Myrna Zakharia, Butec’s PR and communications adviser).

I don’t quite understand why did the government chose Abener-Butec’s offer in the first place if they knew they were above the amount allocated to fund Deir Ammar’s reconstruction. We are talking about international companies here with a reputation to keep, not some local bid over few thousand dollars.

Added to that, it seems the Spanish Company’s offer was apparently an excellent one:

“The offer Abener-Butec had made gave a really good price, even lower than what the ministry had expected,” said Younes. The consortium’s offer set the cost of producing one Kilowatt at $1,262 when using heavy fuel and $1,170 when using gas. Younes said the consortium’s offer also maintained high-quality implementation: “Our competitors were Indian, Turkish, and Chinese companies, our offer was the best, in terms of value and quality.”

I am not sure how solid is Abener-Butec’s case legally speaking, since no contract was signed yet, but we might end up getting unofficially blacklisted by international companies because of that.