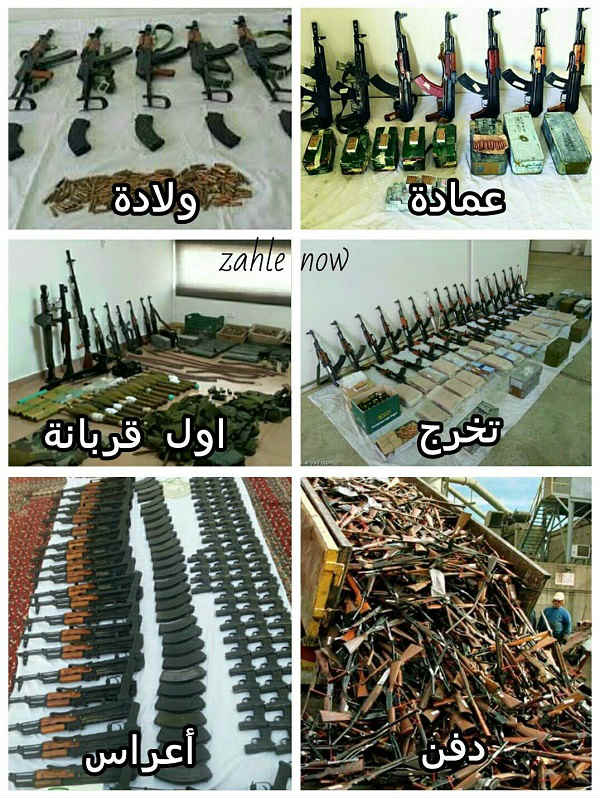 Forget the fireworks, the Zaffe and the go go dancers, there’s now a cooler way to celebrate your birthday, a first communion, your wedding, your graduation or even mourn your beloved ones. Several packages are being offered at highly competitive prices and satisfaction is 100% guaranteed (If you manage to get out alive).

Until the packages are finalized, here’s a glimpse of the promotions being offered and the safety measures taken:

– If you just gave birth to a boy and he’s the first boy in the family, two B7 shots will be offered for free. If it’s a girl, a special discount will apply.

– If you’re getting married soon and wish to drive a tank to church, you will have to take tank driving lessons or pay a bribe of $500.

– If you’re having a big funeral and don’t want your guests to get hit by stray bullets, we can arrange to fire towards neighboring towns for an additional fee.

– If the sound of gunshots is not too loud, you can hire our multi-talented “Zouzou ebba” BMW drivers to make more noise.

– If your kid failed to graduate and you had placed your order in advance, you get a 20% discount and your kid gets to fire 10 rounds for free as a consolation prize. Insurance policy will not cover anyone who gets hurt in the process. 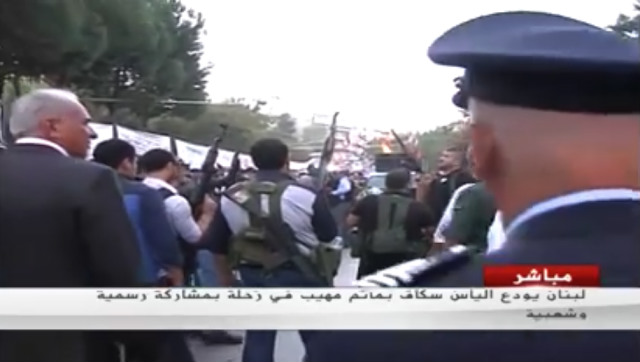 Jokes aside, I’m not just writing this to criticize what happened in Zahle during Elias Skaff’s funeral procession, and the fact that armed gunmen were roaming around officials firing in the air, but because some people are actually proud of this heavy firing and believe that it’s the right and “manly” thing to do. We’re lucky no one got hurt during this funeral but we’ve seen how many people were injured or got killed in Beirut due to celebratory gunfire.

What they fail to understand is stray bullets can hit anyone at anytime and kill them, and that their “manly” actions could end up killing innocent people and possibly one of their own. Firing in the air during any occasion is a dangerous habit that needs to be ended once and for all in Zahle and elsewhere for everyone’s sake.