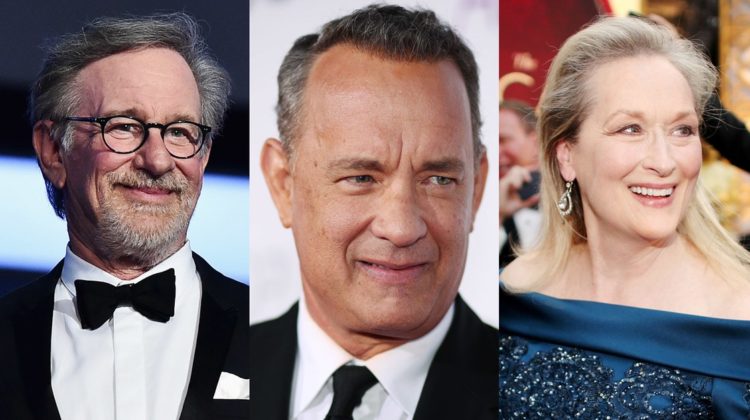 I was asking around if there’s any avant-premiere events for Spielberg’s latest movie THE POST which features Tom Hanks & Meryl Streep but I was surprised to hear that the movie apparently didn’t pass censorship and may be banned because of Spielberg.

This brought me back 6 years ago to when Spielberg’s name was blacked out on Tintin’s posters at a local theater. I was hoping we would never be faced with similar stupid acts of censorship but that doesn’t seem to be the case.

“THE POST” will be out on Jan 18 all over the Middle East and is a candidate to lead the Oscars nominations as of Jan 25 of this year. Let’s wait and see what the Lebanese authorities decide.

For now, the movie is showing as “Coming Soon” on Vox Cinemas & Grand Theaters pages.