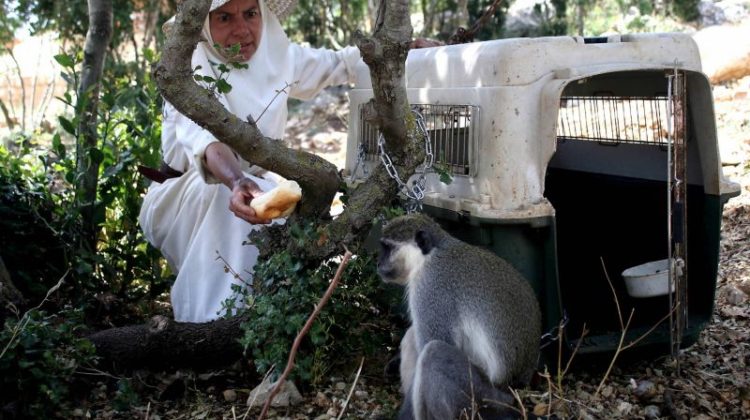 After almost a two-week chase, the monkey that escaped from a farm South of Lebanon into Israel was finally captured and sent back to Nun Béatrice Mauger via the UN. The vervet monkey, named Tachtouch, was spotted in various locations before getting caught.

Over the last two weeks, the mischievous primate was filmed monkeying around in the villages of Zar’it and Shtula and the Arab towns of Hurfeish, Deir al-Assad and Majd al-Krum, just west of Karmiel, more than 20 kilometers (12.5 miles) from the Lebanese border.

Not so Tachtouch after all 😂