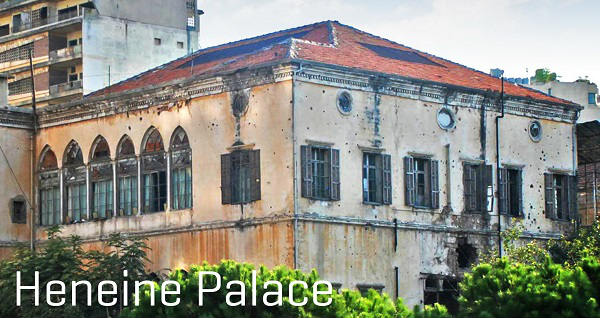 The Heinene Palace, one of Beirut’s oldest and most iconic palaces, has just been placed on the 2016 World Monuments Fund Watch List thanks to Save Beirut Heritage! The 19th century palace was built during the Ottoman rule in Zokak el-Blat, which used to be one of the upper class districts in Beirut where villas and palaces were built and was the first area to have a paved road as well. Heneine Palace was abandoned in the 1970s with the death of its last owner. It was designated a landmark in 2010 and currently has several owners without clear agreement about its future, just like several other historic buildings in Beirut.

Save Beirut Heritage and other organizations have trying for years to save this old heritage and were able to gain support from World Monuments Watch, an organization aimed at “preserving the world’s irreplaceable treasures — architectural and cultural sites that span the history of human civilization”. This is definitely good news and I hope it will help turning the Heneine Palace into a public space to be enjoyed by all and avoid what happened with the nearby “Akar Palace”.

Here’s a brief description of the Heneine Palace:

Heneine Palace is one of the most remarkable buildings in Zokak el-Blat, once a bourgeois garden district outside the old city walls of Beirut. The house was built in the late nineteenth century, during the final years of Ottoman rule, when Zokak el-Blat was an area of elite homes surrounded by orchards and gardens that was rapidly urbanizing. The plain exterior of the building concealed an unusual Moorish-inspired interior, with fountains, plaster decoration in geometric motifs, and arcades of crenellated arches separating the different spaces. A long list of illustrious occupants have graced these sitting rooms: from the Russian nobleman for whom the palace was built, to the Mezher family of local landowners, who rented it to one of the founders of Beirut’s French School of Medicine. Between 1914 and 1936, the building housed the United States Consulate-General, and it also served as a consulate of the Netherlands. Starting in the 1940s, the upper floor was rented to the writer, philosopher, and art collector Dr. Dahesh, whose collection of European academic art later formed the basis of New York’s Dahesh Museum of Art. 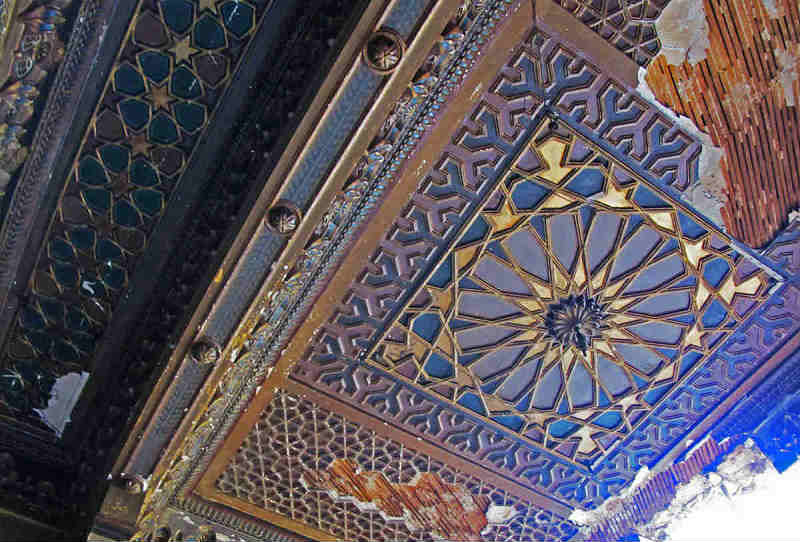 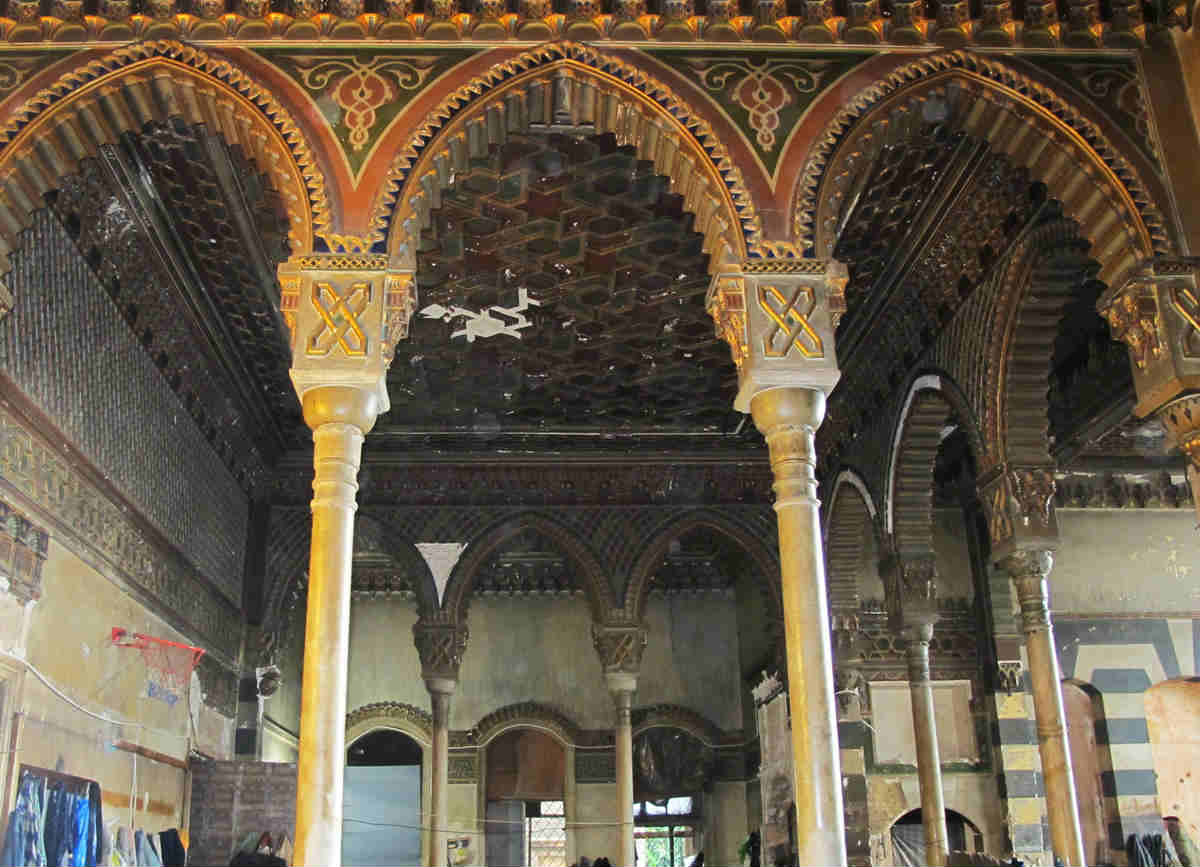