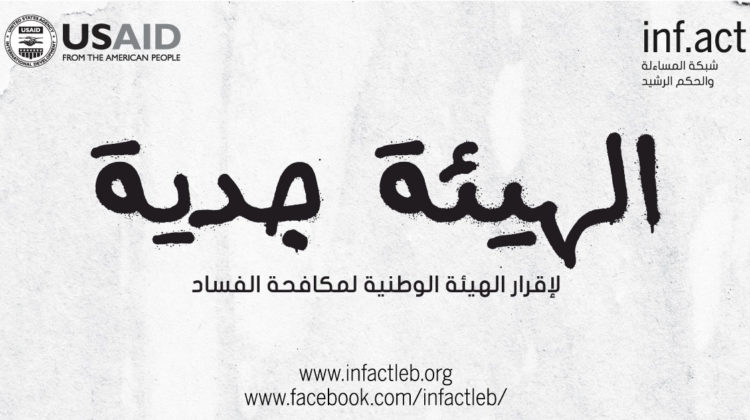 It’s no surprise that Lebanon ranks among the most corrupt countries in the world, yet all we’ve been hearing about ever since the new government was formed and even before that was the imminent need to fight corruption. In the past government, we had a useless minister of state for combating corruption and now they’re talking about establishing a National Anti-Corruption commission that will work within a broader anti-corruption framework in the country and will consist of judges and experts with enough competence, credibility and immunity to combat corruption.

This sounds promising but my question is: Who will create this committee? Who will name the judges and experts? If this commission will be formed in parliament, then I don’t see how this is going to work. It’s exactly like calling after a consulting firm to solve our imminent problems but failing to provide them with the proper input and who’s stealing what.

When the political parties, public administration from the highest to the lowest ranking officer, the parliament, the police and other factions are considered among the most corrupt institutions of the country, they shouldn’t be allowed anywhere near an anti-corruption commission. We’ve seen how the illegal hiring file was handled and how no one was held responsible so far. The only problem is that there are three imminent laws that need to be passed before taking any action so it’s a vicious circle.

To be honest, I don’t know how this is ever gonna work. No matter how you twist things around, we can’t possibly fight corruption when ALL parties are in power and they ALL want a slice of the cake. Maybe one way would be for the juridical body to assign judges and agree with a group of foreign and local experts to form this commission and have the President or parliament approve it without any say in the matter.

Another way would be for the media to play a crucial role here by hiring competent investigative journalists and exposing politicians repeatedly and shaming them in public.