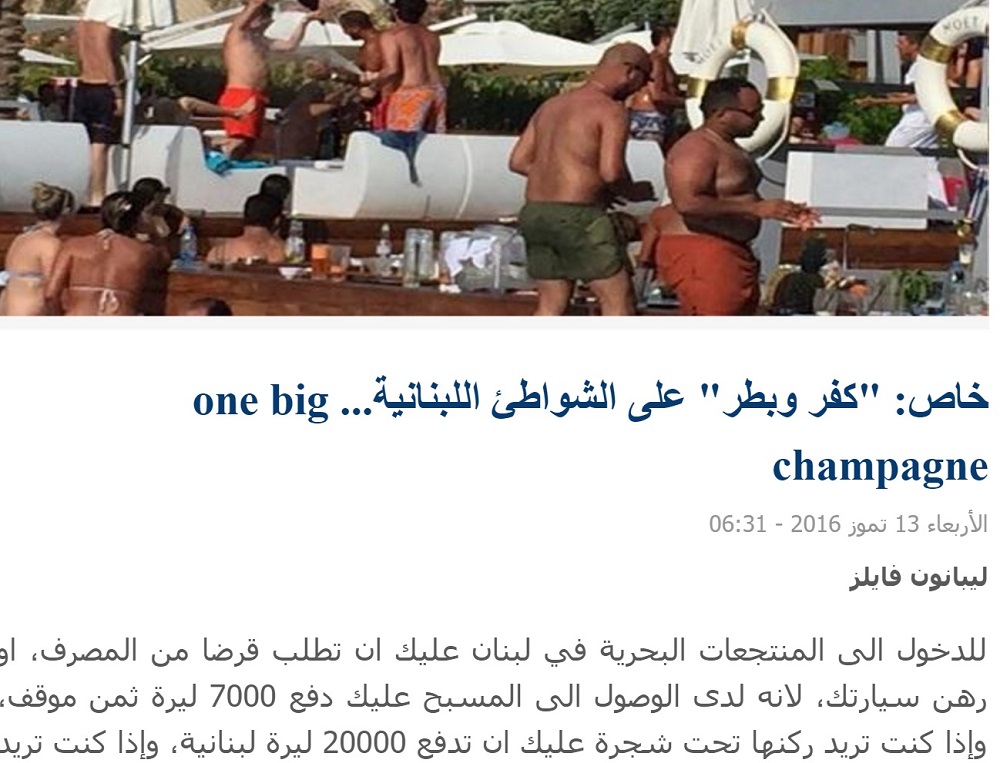 Almost every sentence in this [article] objectionable or vomit-inducing. I really hope they don’t pay people to write such crap. At first, I wanted to write a lengthy reply but then I found the perfect answer.

So here we go:

To the person who wrote that piece,
– If you truly believe all beach resorts are insanely expensive in Lebanon
– If you are bothered by the “string” and the hot girls in bikinis
– If you have a difficulty ignoring showoffs wou jame3it el “Big Champagne”
– If you have a problem with beach resorts that don’t allow kids
– If you don’t like listening to music or having a DJ entertain you on the beach.

Here’s what you need to do. It’s free of charge, the water is bubbly but there’s no champagne, there’s no music, no girls in bikini and the food if you find any is for free. 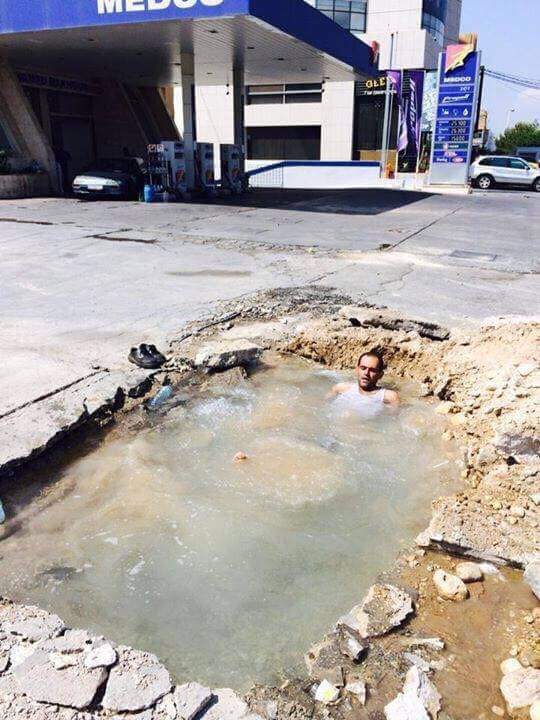