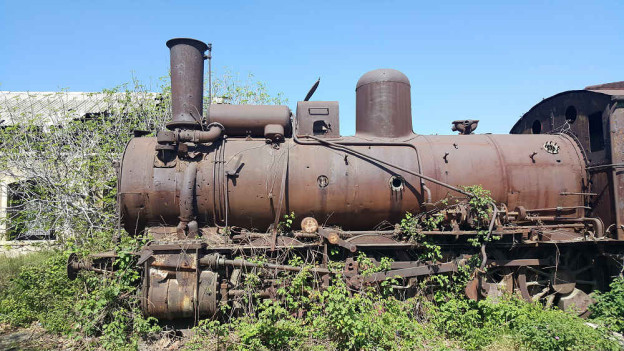 It appears that Chinese investors are interested in reviving the long forgotten railway between Tripoli and Syria while The Turkish General Directorate of Monuments and Museums has signed a collaboration protocol with the General Directorate of Railways and Public Transport with the goal to renovate the train station at Tripoli.

Turkey’s interest comes from the fact that the station is considered a historical Ottoman monument and the renovation project is expected to last 1 year.

The Tripoli railway station is located in el-Mina area and is the second oldest train station in Lebanon after Riyak which began operating in 1891. Tripoli’s railway station used to connect to Homs in Syria and Beirut’s central station in Mar Mikhail and formed the terminus of the famous Orient Express line. The station was badly damaged during the civil war and has been closed ever since.

Check out some pictures from my visit a couple of years ago [here].