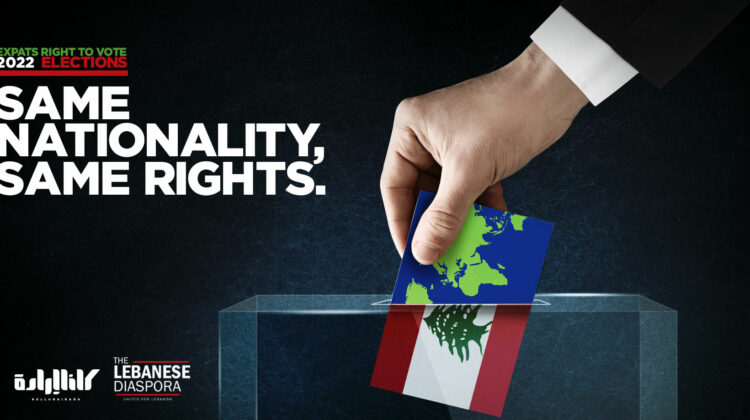 The online registration for Lebanese expats begun a week ago, but it’s still not clear whether expats will have the right to vote in their respective electoral districts or be restricted to only 6 seats.

Kulluna Irada and The Lebanese Diaspora Network (TLDN) have launched today a joint initiative aimed at voicing out the Lebanese expatriates demand to exercise their full democratic right of electing their deputies based on their place of registration.

All expats are invited to address their local Lebanese consulate or embassy and refuse the discriminatory 6 seats. You simply need to fill out your name and email address, indicate your country of residence and an email stating the below will be sent:

I, the undersigned, a Lebanese citizen living abroad, have the right to enjoy my full civil and political rights in Lebanon, and my legal and constitutional rights. As such, standing with my Lebanese compatriots, I maintain my intention to vote in the upcoming parliamentary elections, from my place of residence.

I hold on to my right to vote for my home electoral district, on equal standing with resident citizens, as was the case in the 2018 parliamentary elections, and I strongly refuse the discrimination that was established in the electoral law number 44/2017, which states that Lebanese abroad are only allowed to vote for the 6 seats that were created for the diaspora.

I demand that the Lebanese Parliament amends this law and I demand the annulment of all the articles related to the establishment of the 6 seats, particularly articles 112 and 122, as Lebanese nationals abroad should be able to enjoy the same voting rights irrespective of their country of residence.

In this respect, I request from your Excellency to convey this message to the relevant authorities in the Lebanese Parliament and the executive branch of government in Lebanon.